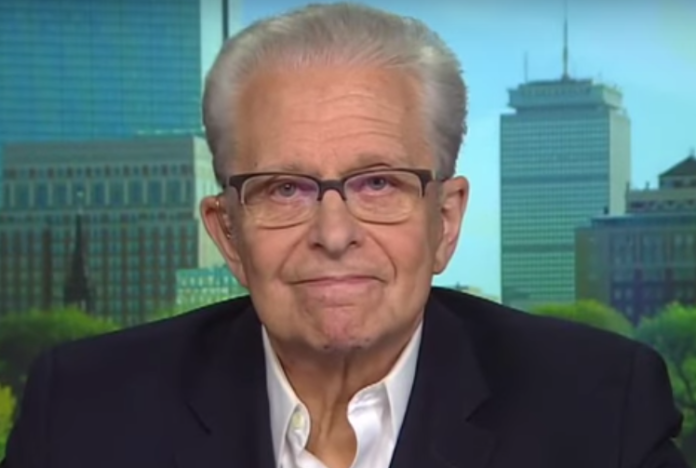 From Secretary of Defense James Mattis’ resignation to Trump’s decision to surrender in Syria to Trump cornering himself and making himself more vulnerable to impeachment, Tribe had an opinion for all of it beginning a week ago, and he did not hold back.

The legal expert has been trolling Trump since he took office, keeping his followers informed about all the legal troubles the president has embroiled himself in for the last two years.

But this Twitter barrage upped the ante and made it clear that Tribe has zero f*cks to give.

First, he nailed Trump in the wake of Mattis resigning in protest and warned the country about why Trump is now more dangerous.

General Mattis’s resignation as Secretary of Defense on the basis of principle — in the wake of Putin’s wet kiss for Trump’s anti-American treachery — is enormously important. It’s hard to imagine GOP Senators, however supine, not starting to peel off. Trump will soon be alone.

The sails and propellers are coming off the ship of state. We’re in full meltdown mode. There are no lifeboats. It’s time for the captain to find some face-saving way to turn the controls over to others before the remaining crew resigns and the surviving passengers drown.

No U.S.Secretary of Defense has ever resigned in protest before. @BeschlossDC rightly stressed the danger of a President Trump with a Sec Def too weak to push back against his most reckless and dangerous moves. If you’re not scared, perhaps you don’t understand what’s going on.

He then suggested Trump is giving aid and comfort to the enemy.

The Taliban are our “enemy” under the AUMF. Trump is giving them “aid and comfort.” Just saying. https://t.co/B63hwzr75X

It matters enormously that ordinary people see indicting a sitting president as something that’s as American as baseball and apple pie — nothing like the convulsive constitutional step of impeachment and removal. Lawyers shouldn’t ignore such intuitions. https://t.co/Sq14dD2Mi2

He flirted with the possibility of Nancy Pelosi becoming president should Trump and Vice-President Mike Pence both be impeached next year.

Trump went on to observe that Trump has personal financial reasons for attacking the Federal Reserve.

This is a chilling truth. It’s a reminder that Trump’s every move is dictated by greed, self-interest, a short time horizon, cowardice, and a complete disregard for law, decency, humanity, and the interests of the great mass of Americans. https://t.co/Kmt1ASjOdP

Which could be an impeachable offense.

Recklessly risking massive economic damage to millions of ordinary citizens in order to lower the interest payments on the president’s own huge loans isn’t just terrible policy. It’s a dangerous abuse of presidential power and could form part of a pattern of impeachable offenses

He had strong words for Trump fancying himself a “hero” for surrendering in Syria.

Tribe threw cold water on Trump’s possible attempt to prevent the Cabinet from invoking the 25th Amendment to remove him.

On Wednesday, he continued the onslaught.

Add one more: a president who’s a [email protected];ing idiot with no moral compass or respect for law who’s compromised by foreign dictators and may have committed felonies to win office ⬇️ https://t.co/Q4pbqXTslQ

All in all, it was an unrestrained but very welcome string of Twitter bombs dropped by Tribe that put Trump in his place.