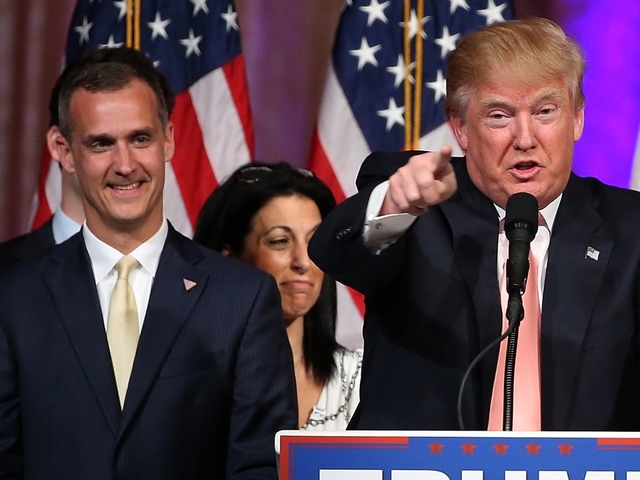 According to former Trump campaign manager Corey Lewandowski, the current president’s numerous failures, missteps, bizarre statements, and endless scandals aren’t the fault of Donald Trump, but the result of sabotage being perpetuated by “embedded enemies.”

In his new book, Trump’s Enemies: How The Deep State Is Undermining The Presidency, which he co-authored with fellow Trump acolyte David Bossie, Lewandowski writes:

“[Some White House staffers] attack the administration with a thousand cuts. They do this in complete disregard to the millions of Americans who voted for Donald Trump. They do it only for their own ends.”

Lewandowski also reveals that Trump is convinced the investigation being conducted by Special Counsel Robert Mueller is helping him and told the authors:

“I think it makes my base stronger. I would have never said this to you. But I think the level of love now is far greater than when we won.”

What the book fails to note, however, is that most of Trump’s biggest problems — the failure to pass any significant legislation, his verbal gaffes and unhinged tweets, the Russia probe — are all self-inflicted wounds. Trump makes his own situation worse by doubling down when he should remain silent. He also undercuts his own rhetoric with his ludicrous actions such as saying he loves the military but then refusing to show up for a Veteran’s Day memorial service at Arlington National Cemetery.

Blame for the allegation that the administration is filled with “embedded enemies” can also be laid at Trump’s doorstep. Perhaps if he was a better judge of character and people he wouldn’t have surrounded himself with those who cannot be trusted. Then again, perhaps this president trust no one because he knows all of the many illegal and immoral things he’s done and fears others will also learn about them.

If Lewandowski is angling for another prime job in this disaster of an administration, his sycophantic book should serve as the perfect résumé.