The United States Blues
Home Politics Congress Cummings says Trump’s criticism of Baltimore is endangering ‘the hope of our... 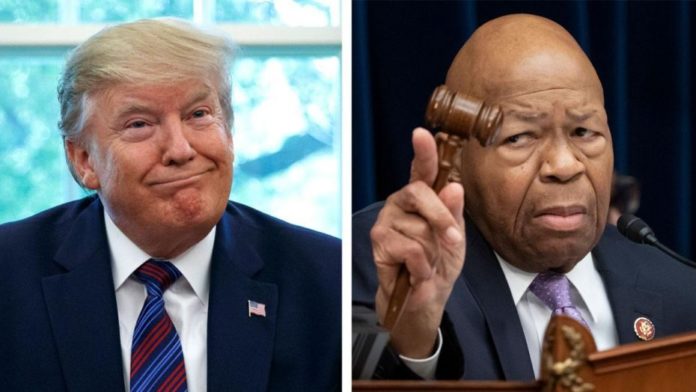 Even though he and and the city he represents have been repeatedly attacked by President Donald Trump over the past week, Rep. Elijah Cummings (D-MD) said Saturday in Baltimore that what bothers him most about the disgusting tweets from the president is that they might discourage young children from reaching their full potential:

“When I hear criticism by anybody about my city, I think the thing that bothers me most is that we have a situation where there are folks who are stepping on the foot, on the hope of our children. I don’t know what I would have done if I’d had people in high places when I was a little boy telling me what I couldn’t do. Instead, I had people telling me what I could do.”

Cummings added that he wants the people of Baltimore to embrace hope:

“It gives people light — it brings light into their lives. I have so much to do. Most of the time, I’m in this community and other communities like it trying to create opportunities for our young people.”

When asked about whether or not he thought Trump should be impeached, Cummings said he was taking a wait and see approach:

“There may be a time where impeachment is appropriate. One of the lines for me when and if the administration disobeys court orders. Then we have no choice, so we will see.”

“Remember, I’m not — I haven’t called for his impeachment, and I’m trying to be fair to him, too. I want to be fair. That’s why we need to do our research.”

As The Washington Post notes, Trump even made a snide comment regarding a break-in at Cummings’s home:

News broke Friday of a break-in at Cummings’s home, leading Trump to tweet: “Really bad news! The Baltimore house of Elijah Cummings was robbed. Too bad!” The president was later chided by former U.N. Ambassador Nikki Haley and politicians on both sides of the political divide.