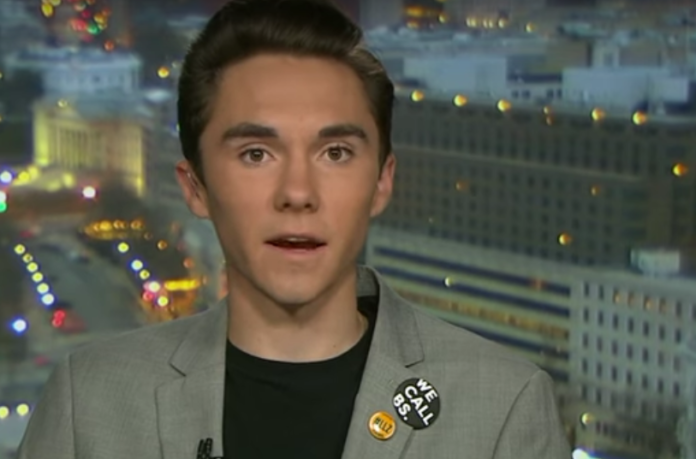 Ingraham bullied Hogg on Twitter earlier this week by mocking his rejection by four colleges despite his impressive 4.2 GPA. It was a cheap shot and Hogg didn’t let her get away with it.

He listed the companies that advertise during her show and sparked a boycott that has led to over a dozen sponsors pulling their ads. The backlash against Ingraham was so bad that she attempted to apologize “in the spirit of Holy Week.” But that wasn’t good enough.

Now Ingraham is taking a “vacation” in what seems to be an effort to wait until the backlash blows over.

But Hogg isn’t going to let it blow over.

During an interview on CNN, he blasted Ingraham for not only bullying him and his fellow classmates, he slammed her for bullying others as well. Hogg said:

“A bully is a bully and it’s important to stand up to them.”

“She’s tried calling out people at Dartmouth University for their sexual orientation and she told Lebron James to shut up and dribble. I don’t see any apology for those people. It’s really sad, it’s disturbing to know that somebody can bully so many people and just get away with it, especially to the level that she did.”

Indeed, Ingraham did tell LeBron James to “shut up and dribble” as if he has no right to be a basketball player and care about politics at the same time.

And that’s why Hogg refuses to accept Ingraham’s pathetic apology until she apologizes to everyone else she has bullied.

Hogg was also grateful that corporate America is siding with the Parkland activists. Hogg said:

“I think now with advertisers standing with us, we can accomplish anything.”

However, Hogg is concerned that divisive remarks by conservative pundits and Fox News hosts will distract from what the movement is trying to achieve.

Fox News and Republicans have been trying to bully these kids ever since they decided to speak up in favor of gun control. People like Laura Ingraham would have preferred these kids just remain quiet victims. But they had the courage to fight for something important that this country desperately needs if we are going to prevent more kids from being murdered in their schools.

And conservatives have no real argument to counter them, which is why they have resorted to bullying and petty attacks in an effort to get their own way.