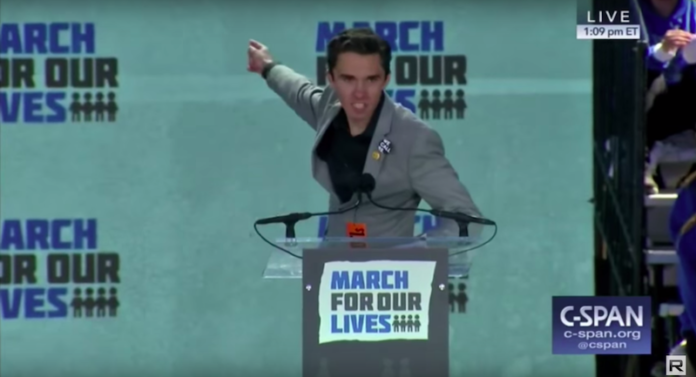 On Valentine’s Day this year, Nikolas Cruz allegedly perpetrated a shooting at the Marjory Stoneman Douglas high school shooting that claimed the lives of seventeen individuals and wounded seventeen others. Since then, the survivors of the tragedy have used it to turn America’s attention to the issue of gun violence, earning them enemies like Fox News host Laura Ingraham.

Ingraham has been known to attack various progressive movements and perceived enemies of the President Donald Trump. Most recognizable among her comments is in response to a video made by NBA stars Stephen Curry and Lebron James, discussing President Trump:

“Shut up and dribble.”

Foremost among the Parkland activists were students Cameron Kasky, Emma Gonzalez, Delaney Tarr, David Hogg, and his sister Lauren Hogg. Instead of wallowing in grief, the students used a moment of activism to pressure lawmakers into enacting gun reform. Though they have been featured on the cover of Time magazine and organized a rally with record-breaking attendance, they immediately faced ardent opposition from conservatives who reject the notion of any further gun legislation.

On Twitter, Ingraham attacked Hogg about the number of college rejections he had received:

Attacking a traumatized kid for a 4.1 GPA. Good on you #GOP. Keeping it classy always. Party of family values and all that…..

The comment and the resulting backlash, along with Hogg calling for a boycott of Ingraham’s show, cost her in advertisers and forced her to walk back her taunts about Hogg’s GPA. With the Harvard acceptance letter, Hogg seems to have gotten the upper hand in the feud for now. Jaclyn Corin, another March For Our Lives activist also made it into the Ivy League alongside Hogg, and will be joining him at Harvard in Fall 2019.

From insulting the intelligence of NBA’s greatest stars to students trying to make schools safer nationwide, Ingraham’s appetite for bad takes has proven financially disastrous for her show time and time again, and reflects Fox News’ agenda to shut down conversation on gun control — no matter the cost.