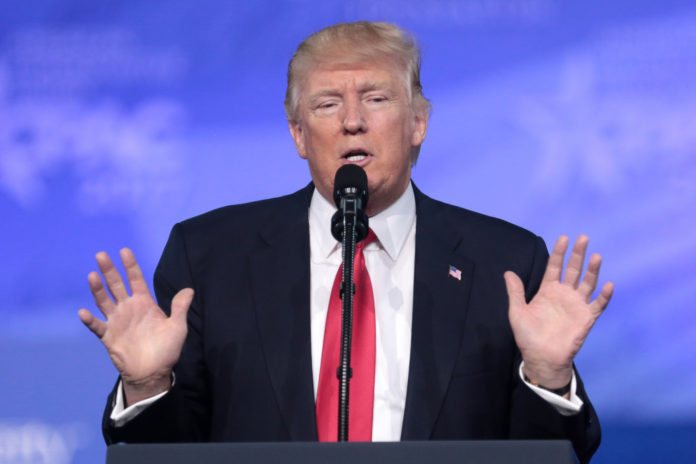 As the families of 26 people prepare to bury their dead relatives in the aftermath of the horrific church shooting in Sutherland Springs, Texas, Donald Trump said there’s no reason to look at stricter gun laws in the United States because the mass shooting wasn’t about guns, it was about mental health.

At a press conference in Tokyo, Trump had this to say about the shooting, which claimed the lives of victims ranging in age from 5 to 72:

“I think that mental health is your problem here. This was a very — based on preliminary reports — a very deranged individual. A lot of problems over a long period of time.”

Preliminary reports are always right, aren’t they? Notice how quickly Trump jumped to making conclusions before knowing all of the facts?

Trump then went on to remark:

“We have a lot of mental health problems in our country, as do other countries, but this isn’t a guns situation.

“This is a mental health problem at the highest level, it’s a very, very sad event.”

Then again, if people with a history of mental health issues were unable to purchase semiautomatic weapons like the AR-15 used by the shooter, Devin Kelley, there’s a genuine chance that 26 people wouldn’t have lost their lives as they gathered to worship on Sunday.

While he was at it, the president also took time to trot out a favorite line from the NRA about good guys with guns being the solution to a bad guy with a gun:

“Fortunately, somebody else had a gun that was shooting in the opposite direction. Otherwise, it wouldn’t have been as bad as it was, it would have been much worse.”

26 deaths aren’t bad enough? Should we all be thankful it wasn’t “much worse”? Be sure and tell that to the parents of the children who were killed by a man carrying a weapon of war, Mr. President.