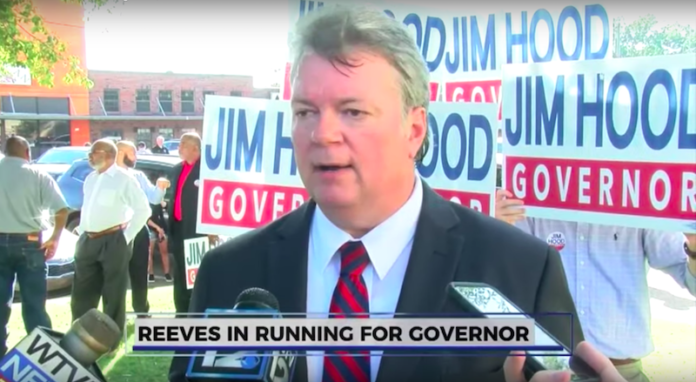 Mississippi politics are heating up as polls find that Jim Hood (D) and Tate Reeves (R) are in a statistical tie in the governor race. The two gubernatorial candidates are no novices to government. Hood has served as Attorney General since 2004 and Reeves as Lieutenant Governor since 2012.

As a state that hasn’t sent a Democrat to the Senate for 37 years, Mississippi is hardly blue-friendly territory. The state even sent Cindy Hyde-Smith to the Senate after the candidate joked of a supporter that ‘if he invited me to a public hanging, I would be on the front row.’

However, Mississippi’s complicated history hasn’t stopped Hood from gaining a slim lead over Reeves in the race.

According to the Hill, poll results are, thus far, murky at best, saying:

“The survey, conducted by the nonpartisan firm Mason-Dixon Polling and Strategy, finds Attorney General Jim Hood (D) holding a slim two-point lead over Lt. Gov. Tate Reeves (R), 44 percent to 42 percent, a statistically insignificant edge in a poll with a margin of error of plus or minus 4 percentage points.”

625 registered voters were polled for the survey.

According to the Hill, Republicans have been chipping away at Mississippi politics since the last time they held the state legislature during Reconstruction. Their endeavors were finally successful in 1982.

Unfortunately for Reeves, the poll spelled out more trouble on the horizon. According to the Clarion-Ledger, more Republicans than Democrats were willing to switch sides to support Hood. Reeves also lacks command of the black vote:

Hood is leading Reeves with women and independents, while Reeves is leading with voters over 50, according to the poll.

The result of the election will come down to these two men, but the forecast doesn’t look rosy for either of them, as an independent run in the governor race is still possible. As in other tense elections, a third party candidate is often seen as a spoiler, and receives criticism from both parties for splitting the vote. Retired Supreme Court Justice Bill Waller has flirted with an independent run, and the survey estimates that he would take nine percent of the vote if he ran.

In short, nothing is written in stone for the Mississippi governor race, and only time will tell if Hood can maintain his advantage through till November.