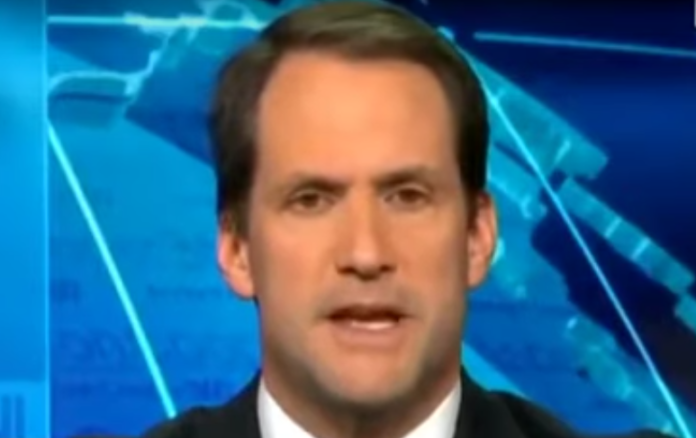 As Republicans continue to turn a blind eye to President Donald Trump breaking the law and refusing to cooperate with Congress, Rep. Jim Himes (D-Conn.) warned them that they are surrendering their own future oversight power against Democratic presidents.

The law, which goes back to the 1920s, clearly states that the IRS “shall” provide the tax returns of any American to Congress upon request. The House Ways and Means Committee has set two deadlines to receive the taxes, and Mnuchin shrugged off both of them in a desperate effort to keep Trump’s taxes a secret.

Not only can Mnuchin be held in contempt of Congress and jailed for breaking the law, but congressional Republicans are also guaranteeing that future Democratic presidents can ignore their oversight attempts, which is the warning sent by Himes during an interview on CNN.

“To all of us — and I include my Republican colleagues in this — they need to decide whether they’re gonna support this strategy, because it wasn’t that long ago, in fact, it was two or three years ago, that they were investigating President Obama,” Himes explained. “And of course, the usual dance obtained in some cases the Obama Administration didn’t produce stuff as fast as the Republican Congress wanted, but eventually they did.”

“So now, the Republicans need to decide, are they going to validate this strategy, which makes ineffective congressional oversight?” Himes continued. “They will once again, at some point in the future, want to conduct oversight over a Democratic president.”

Indeed, especially since House Speaker Nancy Pelosi (D-Calif.) has already warned Republicans that the next Democratic president will take a page out of Trump’s playbook and declare national emergencies of their own to deal with issues such as climate change, gun violence, and healthcare.

Himes went on to point out that there are lots of ways House Democrats can exercise their oversight power to force Trump to comply.

“Congress has its own authority through processes like inherent contempt, like its control of the purse strings,” he concluded. “There are other tools that Congress can use to try to motivate the executive to do what every other president has done in 240 years, which is submit to the oversight of the co-equal branch of government known as the Congress.”

“Are we going to be a nation of laws?” asks Democratic Rep. Jim Himes on the fight brewing between Congress and the White House over access to the President’s tax returns. “The law could not be more clear here… are we going to allow the President to blatantly ignore the law?” pic.twitter.com/C3DKgZEoQJ

In short, the next time a Democrat is president and Republicans want to investigate him or her, the president can just tell them to go f*ck themselves and remind them of how they behaved during the Trump years. They will only have themselves to blame for pissing away their own power, and that means we get a front row seat to watch karma in action.