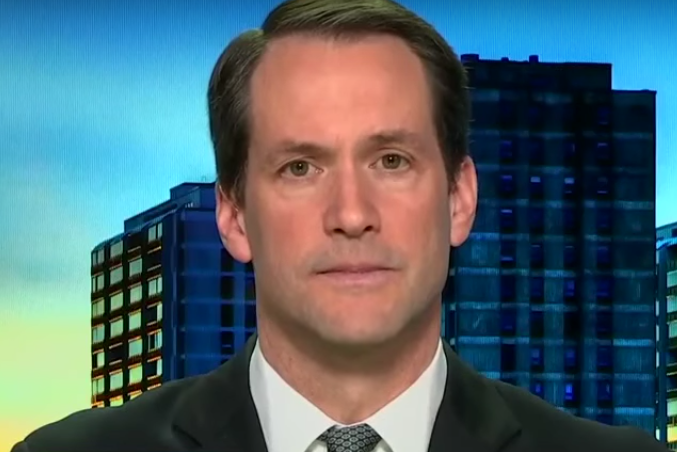 After listing Trump’s and the Trump campaign’s contacts with Russia, including efforts to get dirt on Hillary Clinton from the Kremlin and the attempt to cover them up, Schiff shamed Republicans for ignoring these un-American activities.

The fact is that the full Mueller report has not been released so we don’t know what evidence Special Counsel Robert Mueller found or didn’t find. But we do know that the report “does not exonerate him” either.

On Friday, Himes defended Schiff during an appearance on CNN.

“Maybe the president’s actions didn’t rise to the level of a criminal conspiracy, and I don’t need to go into the laundry list that Adam gave them, but it was a long list of inappropriate, unpatriotic activity that was evidence — real evidence — of something possibly going wrong,” Himes said. “We’re obviously willing to concede today that it wasn’t a criminal conspiracy, but remember, none of these activities were appropriate.”

Himes noted that while Mueller may have cleared Trump of conspiracy, that doesn’t mean there isn’t evidence of collusion. He then pointed out that Barr and the Trump administration are refusing to release the report for a reason.

“When the evidence comes out, it will not look good for the president,” he suggested, going on to remind everyone that Mueller left a determination on obstruction of justice up to Barr, who is biased because he penned a memo claiming that it is impossible for a president to commit obstruction long before Trump appointed him.

Himes also pointed out that Barr’s summary says nothing about the FBI counterintelligence investigation opened on the suspicion that Trump is a Russian asset, a probe that Mueller’s final report likely covers.

Republicans know that the Mueller report is damaging to Trump, which is why they are doing everything they can to block it from being released. But the American people don’t trust Barr and they certainly don’t trust Trump. If the Mueller report truly clears Trump, then there should be no reason why they won’t release it for public viewing. The fact that they are resisting such calls is damning.