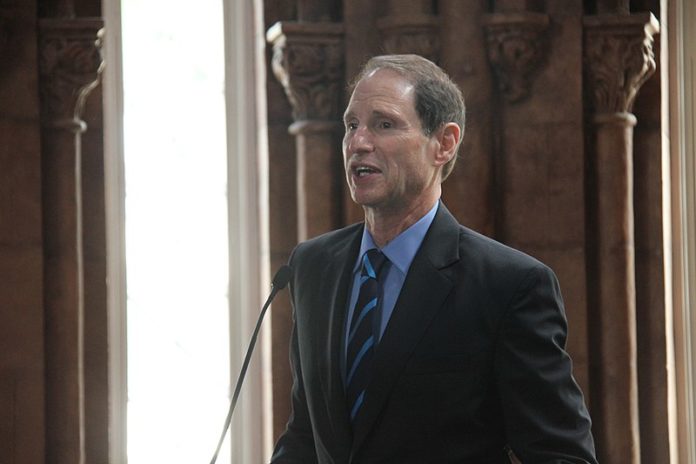 As part of that effort, Wyden, the ranking Democrat on the Senate Finance Committee, wrote a letter to Treasury Secretary Steve Mnuchin requesting records about the sale of a Palm Beach home Trump bought in 2004 for $41.35 million. Despite the property appraising for $65 million in 2008, Trump sold the property to Russian oligarch Dmitry Rybolovlev for $95 million. Rybolovlev then subdivided and sold off parcels from the property after only visiting it one time during the entire transaction.

Wyden pointed out that the sale has since “become a point of interest for the U.S. special counsel investigating possible ties between the President and Russia.” The sale allegedly took place when Trump was in a bit of a financial pickle and was recorded as the highest priced real-estate transaction ever in Palm Beach County.

Indeed, Special Counsel Robert Mueller’s investigation has been following the money as well and has even received records from Deutsche Bank, a bank that Wyden specifically mentions in his letter to Mnuchin explaining how Trump’s “precarious financial position” at the time of the sale deserves to be investigated.

“It has been widely reported that many financial institutions stopped lending to Mr. Trump due to his business practices in the 1980s and 1990s. In December of 2008, Trump Entertainment Resorts missed a $53 million bond interest payment. Less than two months later, the company filed for Chapter 11 bankruptcy protections while Mr. Trump and his daughter, Ivanka, quit the board. That same month, Mr. Trump filed a lawsuit against Deutsche Bank…to avoid a $40 million payment on a construction loan that he had personally guaranteed.”

“In the context of the President’s then-precarious financial position, I believe that the Palm Beach property sale warrants further scrutiny,” Wyden concluded. “It is imperative that Congress follow the money and conduct a thorough investigation into any potential money laundering or other illicit financial dealings between the President, his associates, and Russia.”

You can read the full letter here.

Trump’s ties to Russia are extensive. Eric Trump bragged about Russians funding his father’s golf courses. And of course, several members of his campaign team and administrations had meetings with Russians, including his son Donald Trump Jr., who met with Russians at Trump Tower in June 2016. That meeting was ostensibly set up to get “dirt” on Hillary Clinton in an event that former Trump chief strategist Steve Bannon has characterized as “treasonous.”

The records Wyden is seeking could shed even more light on Trump’s various Russian entanglements. The question is whether Trump’s Treasury Secretary will comply. The deadline to deliver the documents is March 8th.