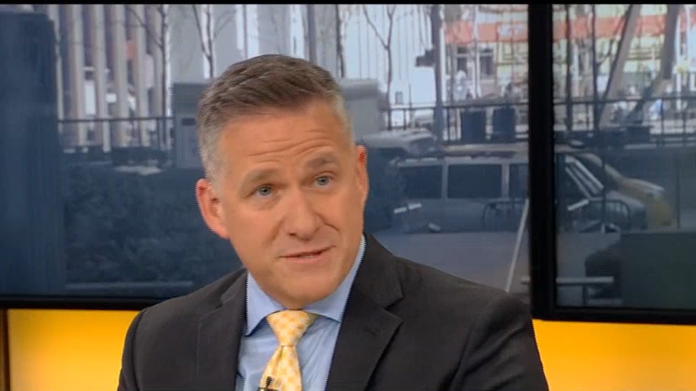 An aide to former Senate Majority Leader Harry Reid used facts to shut down a co-host on the Fox News show “Outnumbered” Tuesday afternoon, and it was a clinic in how you debate against the specious assertions of those who support President Donald Trump no matter what he does.

Jon Summers, who served as communications director for Senator Reid, was asked by Lisa Boothe what the difference was between Trump’s recent declaration of a national emergency to build a border wall and the executive order issued by former President Barack Obama protecting DREAMers with DACA. Summers replied:

“What we are talking about is the power of the purse. That’s why President Trump’s is different. Its not just Democrats who are opposed, Republicans are as well.”

Exactly! Trump is trying to steal money from projects that have been funded by Congress for specific purposes. Only Congress is given the power to decide where money is spent. Trump is making a gross overreach of his powers that could well wind up dooming his plan in the courts.

Despite the clarity of Summers’ reply, Boothe again asked how the two issues were different. Once again, Summers reminded her:

“Money. (Obama) did not declare a national emergency.”

Summers also remarked that he had recently re-read the 2016 policy platform:

“On page it says, We condemn attempts by activist judges at any level to seize the power of the purse form the peoples elected representatives. And that’s exactly what this president is doing right now.”

Trump supporters have selective memories and situational outrage when it comes to who happens to be in the Oval Office. They screamed about Obama’s use of executive orders but now want to let Trump rule by fiat. Apparently, ignoring the Constitution is fine and dandy as long as you promise to build unneeded walls and spread hatred of immigrants.