The United States Blues
Home Politics Congress Democrats have a brilliant — and proven — plan for taking back... 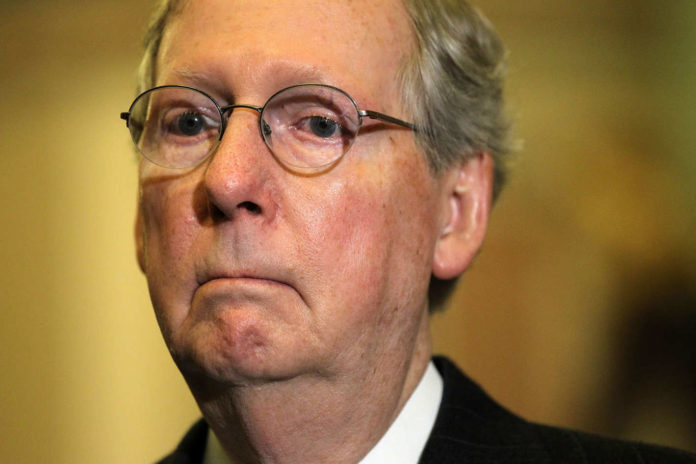 Democrats have a secret weapon they plan to use as they try to take back control of the U.S. Senate in 2020. And the strategy has already proven that it works

As Alexi McCammond reports for Axios, Democrats are running candidates with backgrounds in national security against Republican candidates, especially in states Trump won in 2016:

This is the same strategy that helped Democrats take back the House in 2018. Candidates with foreign policy and national security experience flipped crucial GOP-held seats from Pennsylvania to California.

Call it the “American heroes” strategy, and one of the Democrats who won in 2018 says it does indeed work. Rep. Tom Malinowski (D-NJ), a former National Security Council senior adviser for President Bill Clinton, commented:

And of the Democratic Congressional Campaign Committee’s 89 red-to-blue candidates in 2016, 19 were military veterans.

One of the highest profile Democratic Senate challengers in 2020 is Amy McGrath, who is running against Senate Majority Leader Mitch McConnell (R) in Kentucky, one of the reddest states in the country. McGrath is a veteran and the first female Marine to ever fly a F/A-18 in combat.

Here’s some of the others who could help turn the Senate blue next year:

And the key to making sure these candidates have instant credibility with voters comes down to their national security credentials:

Retaking the Senate won’t be an easy task, but it’s certainly possible, especially with Republicans having to defend more seats than Democrats. If turnout is high across the country and there’s even a slight coattail effect from the Democratic presidential nominee, Democrats could wake up on the morning after the election in control of the House, the Senate, and the White House.