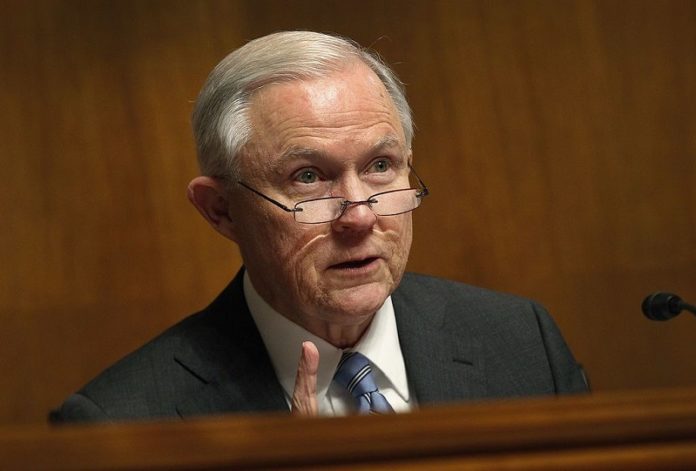 Everyone thought that Attorney General Jeff Sessions lied during his confirmation hearing, but no one could prove it at that time. All that changed when the world found out that Trump campaign adviser George Papadopoulos pleaded guilty to lying to Federal Bureau of Investigations (FBI) investigators about his contacts with Russian officials and spilled his guts to Special Counsel Robert Mueller.

Sessions will be appearing before the House Judiciary Committee next week. One of the revelations made by Papadopoulos was that he had been attempting to arrange a meeting between then-candidate Donald Trump and Russian president Vladimir Putin. Democrats are prepared to question Sessions heavily on his knowledge of that meeting.

Both Trump and Sessions have tried to portray Papadopoulos as nothing more than a low-level campaign assistant, equivalent to a “coffee boy,” but that isn’t holding water since there are pictures of him playing a much more significant role in both the campaign and following in staff meetings since then.

Papadopoulos stated to Mueller that he had attempted to travel to Russia for the purpose of arranging a meeting between Trump and Putin. According to that testimony, Sessions supposedly disagreed with the proposal, but later told congressional investigators that he was not aware of any contact between Trump campaign people and Russian officials.

Sessions will also be facing scrutiny about campaign adviser Carter Page, who recently admitted that Sessions was aware of his planned trip to Russia. Sessions’ claim of no prior knowledge about all these “secret” meetings with Russian officials is falling apart as more witnesses step forward.

The attorney general initially denied meeting with Russian Ambassador Sergey Kislyak then later walked that denial back. He is still attempting to claim that he has had “no improper involvement” with Russian officials. In an attempt to calm the waters after the meetings with Kislyak had been revealed, Sessions did recuse himself from “matters related to the Trump campaign,” but that wasn’t enough to stop further investigations into the depth of his knowledge of meetings or attempted meetings between the Trump campaign and Russian officials.

The Senate may also be thinking about bringing Sessions back in for testimony to clarify what he did know about meetings with Russians during the campaign. Statements from several members on both sides of the aisle are hinting that the questions need answering.

One thing is sure — the truth is always easier to remember.