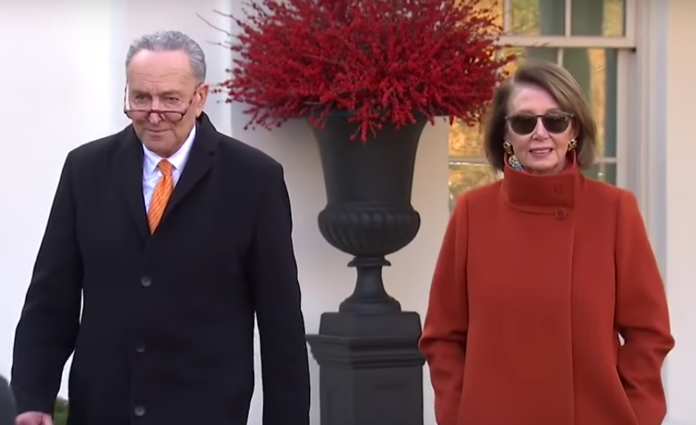 Special Counsel Robert Mueller has finally handed over his final report on the Russia investigation to Attorney General William Barr, and Democrats swiftly united to call for its immediately release to the public.

For two years, Mueller has sought the truth as President Donald Trump and his cronies tried to undermine him at every turn. And that’s a big reason why Democrats demanded the public release of the report without delay and even went so far as to warn Barr not to let Trump get his hands on it first, especially since Trump wants the opportunity to “correct” it.

Now that Special Counsel Mueller has submitted his report to the Attorney General, it is imperative for Mr. Barr to make the full report public and provide its underlying documentation and findings to Congress. #ReleaseTheReport pic.twitter.com/v1ROpZBqZJ

AG Barr must not give President Trump, his lawyers or his staff any “sneak preview” of Special Counsel Mueller’s findings or evidence, & the White House must not be allowed to interfere in decisions about what parts of those findings or evidence are made public. #ReleaseTheReport

The Special Counsel’s investigation focused on questions that go to the integrity of our democracy itself: whether foreign powers corruptly interfered in our elections, and whether unlawful means were used to hinder that investigation. #ReleaseTheReport

The American people have a right to the truth. The watchword is transparency. #ReleaseTheReport https://t.co/ZM1fBhn5RM

Then the floodgates opened as Democrats in the House and Senate, including many who are running for president in 2020, stood united in their call for the report to be released in the name of transparency.

Americans deserve to know the truth now that the Mueller report is complete. The report must be released immediately and AG Barr must publicly testify under oath about the investigation’s findings. We need total transparency here.

The public interest is paramount in disclosing not only conclusions, but the facts that led to them. There is no excuse for concealing any part of this report along with its findings & evidence—it would be tantamount to a cover-up.

Special counsel Mueller’s report should be made public without any delay. The American people have a right to know its findings.

The Trump Administration shouldn’t get to lock up Robert Mueller’s report and throw away the key. Taxpayers funded this investigation, and we deserve to know the outcome. Let me know if you agree: https://t.co/nYgagcL429

Mueller’s investigation began as a counterintelligence inquiry into whether individuals associated with the Trump campaign were compromised by a foreign power.

By law, that evidence he uncovered must be shared with our Committee.

And his report must also be made public. Now. pic.twitter.com/AAMsFjhZM7

Today is a historic, proud day for America. Despite numerous attempts by @realDonaldTrump to thwart the Special Counsel investigation, Robert Mueller & his team completed it. The fact that Mueller & Rod Rosenstein kept their jobs shows the strength of our democracy & institutions https://t.co/pZzJg9HIXg

The Mueller report has been released to Attorney General Barr. We’ve been waiting for two years! Barr has the discretion about what he releases to the public. Let’s tweet, tweet, tweet and demand that the entire report be released! We deserve nothing less!

Show us the report. Now. The American people spoke loudly, and clearly last November: we choose a balance of power over abuse of power. #MuellerReport

A report that examines the depths of interference in our democracy shouldn’t be hidden from the public. Despite constant political pressure, the Special Counsel & his team have a grateful country standing behind them.

A.G. Barr has confirmed the completion of the Special Counsel investigation. We look forward to getting the full Mueller report and related materials. Transparency and the public interest demand nothing less. The need for public faith in the rule of law must be the priority. pic.twitter.com/QYA2xCR1QW

Attorney General Barr must make the #Mueller report public and provide all underlying documents to Congress without delay. Transparency is the foundation of our democracy. The American people have a right to know the truth.

The Mueller report is owed to the American people. It should be made public without any changes. #MuellerReport

Give it all to Congress.

Err on the side of transparency.

The future of American democracy depends on it.

It is also critical that all documents related to the Special Counsel’s investigation be preserved and made available to the appropriate Congressional committees.

Any attempt by the Trump Administration to cover up the results of this investigation into Russia’s attack on our democracy would be unacceptable.

Release the full report. Let the findings be out there for all to see. The American people deserve it. Our democracy deserves it.

With this much pressure, Barr had better not try to delay or bury the report. Because if he does, Democrats are going to come for him, and so will the American people, a majority of whom also want the Mueller report released to the public for all to see.