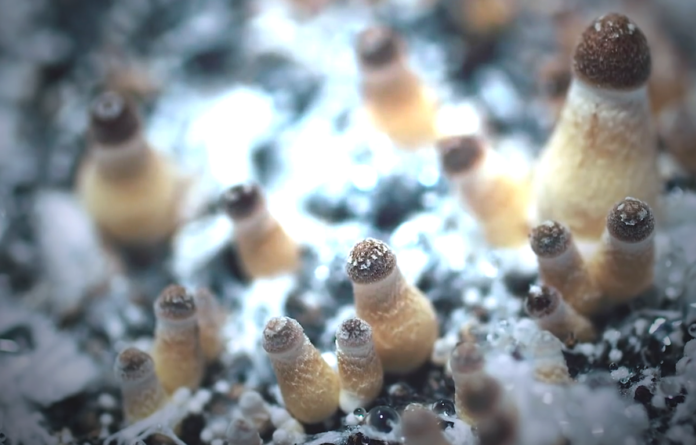 In 2005, Denver became the first city in America to decriminalize weed. Now the city has become the first to decriminalize the use and possession of magic mushrooms containing psilocybin after voters narrowly passed Initiative 301. Advocates hope that it will lead to fully legalizing use in the state similar to the way Colorado fully legalized recreational marijuana use in 2012. For now, the passage of I-301 essentially tells the police to look the other way on adult psilocybin use but magic mushrooms are still illegal.

Kevin Matthews, the campaign manager of the Decriminalize Denver mushroom initiative, didn’t expect to be successful. On election day, May 7, it looked like Initiative 301 would fail, but by late afternoon the tide had changed. The bill squeaked by with 50.56 percent of the vote.

“I almost had a fucking heart attack,” Matthews says. “Holy crap, we won against all odds.”

Somehow fitting that last night it looked like Denver's effort to decriminalize mushrooms had failed but then everyone went to sleep and when they woke up everything was actually fine and the measure had passed https://t.co/nid0frRan1

The results will be certified by the Denver Elections Division next week, but Matthews is excited to get to work. Before the election, both mayoral candidates were opposed to the initiative, but now Matthews wants to develop a relationship with the new mayor as he and his team work to create a mayor-appointed task force called the psilocybin policy review panel. The panel’s creation is laid out in I-301 to study the effects of decriminalization and will go into effect by 2020.

Matthews will work with local law enforcement, fully expecting that they might continue to issue citations for magic mushroom use, similar to what happened when marijuana was decriminalized years ago.

“We have pretty strong relationships with Denver legal offices. I would think that if it came to that, and it may come to litigation in some cases, we have legal teams ready to go,” he explains. “What’s most important here is to make sure that law enforcement have the information they need so they understand that what we’re doing here can be a net positive for Denver.”

For Matthews and many people like him, the use of psilocybin has helped him overcome debilitating depression. He says that one use had benefits that lasted for months, changing his life.

“I attribute no longer suffering from major depression to one big experience that I had almost a decade ago using mushrooms and mushrooms gave me a new perspective,” he said.

#UPDATE Initiative 301 campaign manager Kevin Matthews: "If these results hold, this is an example of the absurd comedy of the great metaphor." (via @jonmurray) #DenverVotes https://t.co/97ucTVqjIY

Matthews expects that Denver will be just the first of a wave of support across the country. On the other hand, critics are concerned that Denver’s reputations will be tarnished as “the illicit drug capital of the world.”

“Last fall, the U.S. Food and Drug Administration granted psilocybin ‘breakthrough therapy’ designation for its potential to help with treatment-resistant depression, a status that speeds up the development and review process for a medicine containing the substance.”

Meanwhile, there is growing support for microdosing, taking tiny amounts of psilocybin, an amount too little to trigger hallucinations. The health benefits reportedly include enhanced creativity, less anxiety, less dependence on caffeine, and reduced depression. More serious scientific studies are needed to verify the potential health benefits and risks. However, since psilocybin is illegal almost everywhere, it has been “nearly impossible” to study scientifically.

See more from Vice News below: