The United States Blues
Home News Dershowitz Declares Michael Flynn Is Innocent: ‘Lying To The FBI Is Not... 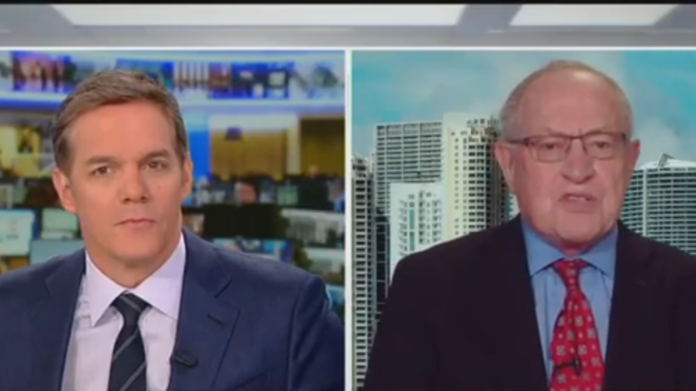 There was a time, many years ago, when Harvard Law professor Alan Dershowitz was a brilliant attorney, considered to be one of the best legal minds in the country. But those days are long gone, as Dershowitz proved Monday morning during an appearance on Fox News.

Then Dershowitz doubled down, claiming that it’s not even a crime to lie to federal agents:

“Lying to the FBI is not a crime!”

To his credit, Hemmer did ask the logical follow-up question:

“Why not just tell the truth?”

Later in the same interview, Dershowitz also asserted that the Russia investigation is over with as far as President Donald Trump is concerned:

“Mueller will do anything to try to get people to sing or perhaps even to compose and that cooperation is now off the table. It became clear to the Trump defense team that cooperation was getting them nowhere. There were determined to get trump by squeezing all the people around him.

“As far as Trump is concerned [this investigation is over].”

However, the law suggests otherwise on both of Professor Dershowitz’s ridiculous claims.

First of all, lying to federal law enforcement is indeed a crime. As attorney Sam Azhari notes:

“The law against making a false statement to an agent of the federal government is 18 USC 1001. The statute says it is against the law to knowingly and willfully make any materially false, fictitious or fraudulent statement or representation concerning in any matter within the jurisdiction of the executive, legislative or judicial branch of the United States. The sentence for this crime can be 5 years in federal prison.”

As for the investigation being over with for Trump, that’s also fiction. With each day, more criminal probes are being opened into things such as the Trump inaugural committee.