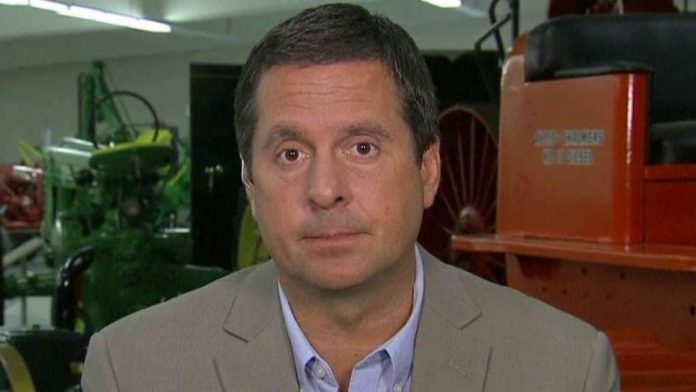 Rep. Devin Nunes (R-CA), who has tried desperately to be President Donald Trump’s top lap dog over the past two years, is now suggesting that Attorney General William Barr should destroy the report just submitted by special counsel Robert Mueller.

Speaking by phone with the hosts of “Fox & Friends Sunday,” Nunes declared there was no reason for anyone to bother reading the Mueller report:

“So the Mueller report — a lot of people, ‘Oh what does it say?’ We can just burn it up. I mean, it is a partisan document, so there’s going to be a lot of calls for that and the Democrats say, ‘We’ve got to see the underlying information.'”

A partisan document? The special counsel is a lifelong Republican, and the person who appointed him, Deputy Attorney General Rod Rosenstein, was nominated for his post by none other than Donald J. Trump.

But Nunes was far from finished proving what a pathetic sycophant and brown-nosing suck up he truly is, adding:

“What we really need to see is what was the FBI’s involvement with Fusion GPS? Who were they, who did they know about? What — and I’m sorry I don’t want to gloss over this for the viewers but Fusion GPS was essentially the Hillary Clinton campaign. They were hired by the Clinton campaign.”

There was also an odd tangent from Nunes regarding conspiracy theorist Jerome Corsi, who created and peddled the lie that Barack Obama wasn’t born in the United States:

“We need everyone that Mueller talked to, including his interactions with Jerome Corsi, who you just had on the show. Look, I can’t imagine why they would bring Jerome Corsi in to interview with the special counsel. Jerome Corsi is just a long time kind of press guy. You know, I think you guys have known him for a long time. You know, he had every right to call Julian Assange or anybody else that he wants to. Now look, I don’t agree with that, I wouldn’t call Julian Assange. But press people do that all the time. That’s part of our First Amendment rights.”

Nunes and his fellow Republicans are clearly worried that the full Mueller report will be damaging to President Trump. They’d like nothing more than to see every page of the report shredded, burned, and the ashes scattered to the four winds. Their desperation speaks volumes.