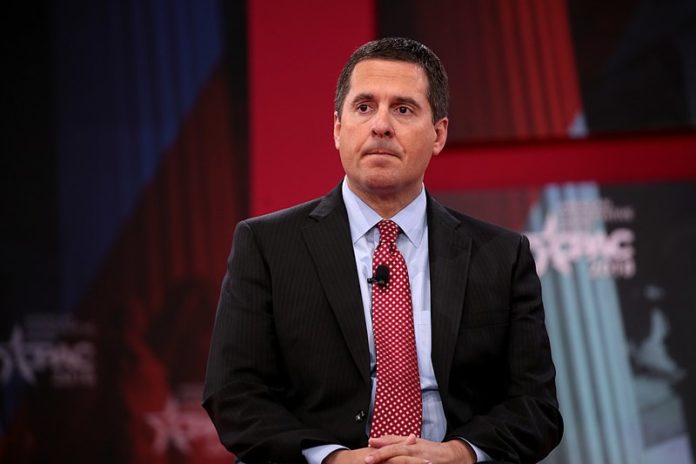 Rep. Devin Nunes (R-Calif.) literally filed a lawsuit against Twitter in a futile effort to stop some users from being mean to him, yet he felt a lot different when he defended conservatives who used the N-word to attack Democratic lawmakers back in 2010.

In the midst of the Affordable Care Act being passed by Congress and signed by former President Barack Obama, conservatives held protests across the country and baselessly accused Obama and Democrats of tyranny for providing healthcare to millions of Americans.

Many protesters hurled vicious attacks against Democratic lawmakers, including Rep. John Lewis (D-Ga.), a civil rights icon. Some even hurled the N-word at him.

At the time, Nunes was just a Republican congressional candidate riding the Tea Party wave. But he had absolutely no problem defending the horrible language used by conservatives against Democrats.

“Can you give us a sense of the flavor of the debate on the floor, and what you’re hearing?” C-SPAN host Steve Scully asked. “A lot of angry comments yesterday aimed at a couple of your colleagues including Barney Frank and Congressman John Lewis, using the N-word as some of the protesters jeered at him as he walked through the halls of the Capitol.”

Keep in mind, Nunes is now suing Twitter accounts for mocking him, tame in comparison to the racial epithets hurled at Lewis.

“Yeah, well, I think that when you use totalitarian tactics, people begin to act crazy,” Nunes replied, excusing the vile attacks. “I think there’s people that have every right to say what they want. If they wanna smear someone, they can do it.”

He then accused Democrats of trying to distract Americans.

“I think that the left loves to play up a couple of incidents here or there, anything to draw attention away from what they are really doing,” he said.

BREAKING: Video of Devin Nunes defending protestors who yelled the “n-word” at US Rep John Lewis: “I think people have every right to say what they want. If they wanna smear someone, they can do it.” Nunes is terrible. Dug up @TheDemCoalition. From 2010. pic.twitter.com/lk51mSSGW8

Nunes has been widely mocked for filing a lawsuit against Twitter that has zero chance in hell of going forward since he has a platform of his own. Nunes has nearly 400,000 followers while the accounts he named in the suit had only a few thousand. That has since changed as the accounts now have more followers than Nunes does, and all because Nunes gave them attention.

Now he’s been unmasked as a hypocrite by a past video in which he defended conservatives attacking Democrats with the N-word. Unlike Nunes, Democrats didn’t whine and sue like little snowflakes.