The United States Blues
Home Politics Congress Did congressman Duncan Hunter violate his parole with a stupid stunt at... 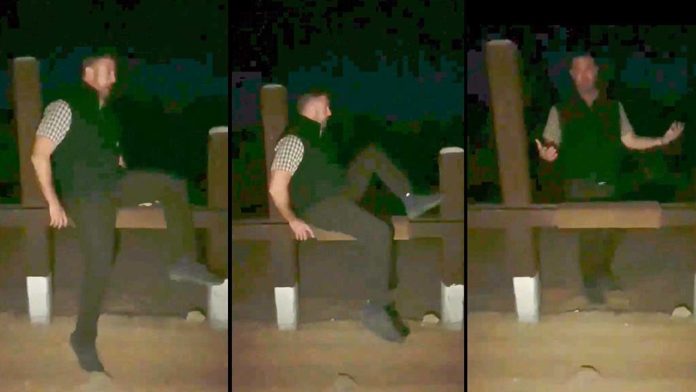 You remember Duncan Hunter, don’t you? He’s the California Republican congressman who was indicted in 2018 for illegally using hundreds of thousand of dollars from his campaign war chest so he could take family vacations and his family’s pet rabbit clear across the country. And despite that indictment, Hunter was actually re-elected the 2018 midterm election.

Since Hunter’s been indicted, he had to post bail and be on parole until he goes to court, meaning that he’s prohibited by the terms of his bail agreement to leave the country for any reason whatsoever.

But despite this, on Thursday evening, the congressman did a ride-along with agents from the Customs and Border Protection (CBP) department to the U.S.-Mexico border in Yuma, Arizona, to make some kind of inane point about how easy it is to cross from Mexico into the United States. Hunter even made video about his exploits, claiming he had crossed in Mexico and then back into the U.S. undetected:

Wait a second. Hunter said he’d crossed into Mexico, meaning he should be in custody until his trial.

But as it turns out, Hunter’s little trip to the border was noting but a publicity stunt, as CBP spokesperson Vincent Dulesky noted:

“What [Hunter] crossed was a vehicle barrier. That is approximately 75-100 feet from the border — the border is actually the river that’s west of that.”

Embarrassing and pathetic, don’t you think?

Ammar Campa-Najjar, the Democrat who lost to Hunter in the midterm, commented:

“Hunter’s own words: ‘Mexico is 15 meters from here’ then he … walked 15 meters and crossed the border.”

So even though the congressman didn’t do anything illegal, he was only to happy to lie about his excursion to the Southern border. No wonder he’s so enamored with President Donald Trump, who lies more often than he breathes.

And Hunter isn’t the only member of his party to pull such a hoax, according to ShareBlue:

“Earlier this week, Rep. Matt Gaetz (R-FL) shared a video of himself in which he claimed to be at the U.S.-Mexico border watching a border wall being built.

“‘The Wall is being built!” he declared.

“In reality, Gaetz was in Coolidge, Arizona, which is roughly 100 miles away from the border. He and a group of other Republican lawmakers were watching a construction company’s demonstration of how it would build a wall at the border if it won a government contract.”

Hunter wants a wall? Give him four of them at the nearest federal penitentiary and throw away the key.