The United States Blues
Home Health ‘Doctor’ Donald declares ‘The kidney has a very special place in the... 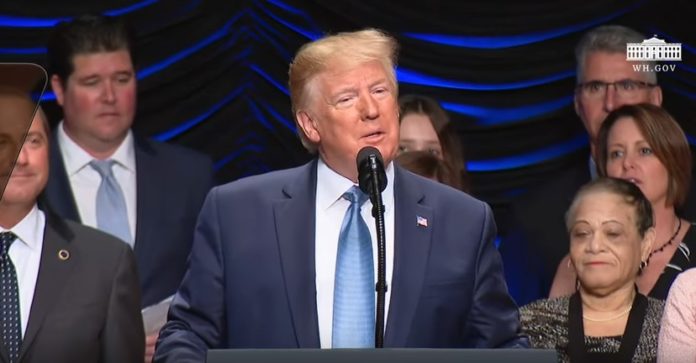 At the White House on Wednesday, President Donald Trump signed an executive order and announced a new program to combat kidney disease in the United States, which is clearly a very noble endeavor.

But it was what the president said extemporaneously about the medical professionals who treat kidney ailments that left many people shaking their heads. Trump declared:

“You’ve worked so hard on the kidney. Very special. The kidney has a very special place in the heart. It’s an incredible thing.”

TRUMP: “You’ve worked so hard on the kidney. Very special — the kidney has a very special place in the heart. It’s an incredible thing.” pic.twitter.com/JLM3uCsO5u

Yes, it certainly is incredible. Especially when you consider that the kidneys are located in the lower back and the heart is found in the middle of the chest, right between the two lungs. Even those who didn’t go to medical school are supposed to know those basics of the human body.

Granted, Trump was probably just trying to say how special the healing hands of doctors and nurses in the field of kidney health are, but it sure didn’t sound the way it should have. As a result, he got plenty of ribbing (the ribs cover the lungs, Donald) on Twitter:

The kidney is located in the left ventricle of the heart, and the Moon is part of Mars. Oh also CH4 is labeled as a #FreedomGas on the Idiotic Table. #TrumpScienceLessons

Not surprising. This word salad comes from a man who’s brain is in his pants.

If your kidney is placed in your heart you’ve got one hell of a malpractice suit.

“Not many people know this, but the pancreas is in the brain. Believe me.”

Is he thinking about these kidneys?👇 pic.twitter.com/rSdviRJDP1

“Kidneys, I have to tell you. Kidneys are great. I know a lot of kidneys, a lot of great kidneys. Tremendous kidneys. Did you know, without kidneys, you couldn’t have kidney stew? No stew. Very important. So important. So true.”

Word Salad with a side of Kidneys. What’s left of Trump’s Frontal Lobe is disintegrating before our eyes.

Perhaps tomorrow the president can explain why the funny bone never tells any good jokes.

Featured Image Via the White House