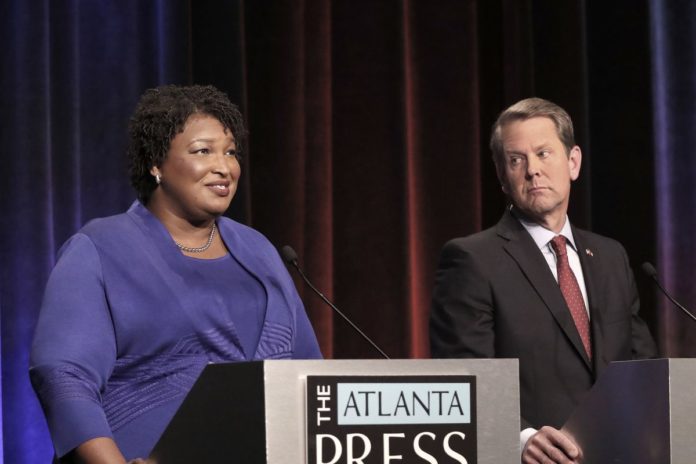 Documents turned over to a congressional committee investigating the 2018 midterm election in Georgia detail voting irregularities in majority African-American districts that may have helped give provide the margin of victory for Republican candidates.

The House Oversight and Reform Committee is investigating whether voting machine errors caused a large drop-off in votes in the lieutenant governor race between Democrat Sarah Riggs Amico and Republican Geoff Duncan, who won the election by about 123,000 votes. The probe is looking at why so many fewer votes were recorded in the race compared to other statewide races, as well as the voter suppression issues that plagued the 2018 state elections.

The voting irregularities were especially glaring in districts that wound up determining the election.

For example, in Kemp’s home precinct near Athens, one voting machine at the precinct recorded that Republicans won every race. But the other six machines used in that same precinct showed that Democrats were the winners:

The machine showed Republicans winning by roughly the same margin by which Democrats won on the other machines. A statistician’s analysis cited in court documents said “odds of an anomaly that large are less than 1 in 1 million.”

That’s only one of the problems found on Election Day. The documents given to House investigators also show a significant decline in votes cast on electronic voting machines in 100 of the state’s 159 counties. Oddly, however, paper absentee ballots showed no similar decline.

A report from the Atlanta Journal-Constitution also notes that black districts saw the most widespread election irregularities:

The rates of touchscreen machine–reported undervotes in such precincts in the Lt. Governor contest are far greater than the undervote rates in non–African American neighborhoods regardless of whether those neighborhoods lean Democratic or Republican. The undervote problem did not happen at the same exaggerated levels in many primarily white neighborhoods that overwhelmingly voted for Stacey Abrams and other Democrats, rebutting the argument that the difference can be explained by party-driven voter behavior.

Republican officials in Georgia have steadfastly resisted any attempt to reexamine the results of the 2018 election, with GOP Secretary of State Brad Raffensperger refusing to open an investigation into the matter and other officials blaming “low interest” for the anomalies.