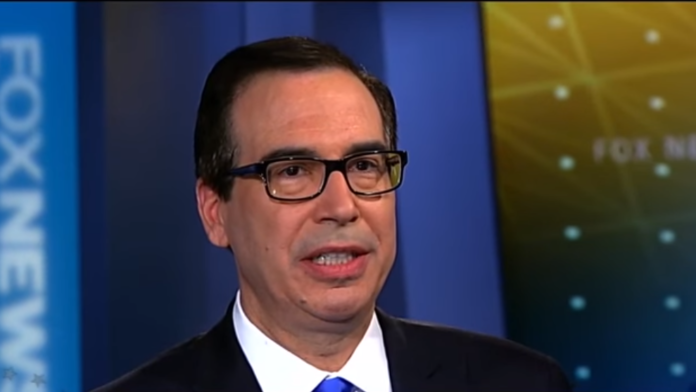 Back on the campaign trail in 2016, Donald Trump repeatedly promised that if he was elected, he would surround himself with “the best people” in his administration.

Now, however, after having shuffled his senior staff several times and retained only most subservient and sycophantic aides, Trump is left with cabinet members who don’t even know the basics about the topics they’re supposed to be experts on.

Such was the case Sunday morning when Treasury Secretary Steve Mnuchin appeared as a guest on Fox News Sunday and the discussion turned to the $1.3 trillion omnibus spending bill Trump signed on Friday after initially threatening to veto it because it contained too much spending. Mnuchin tried to blame Democrats, which led Wallace to remind him:

“That’s going to happen next time. When the next spending bill comes up in October, [Democrats are] going to be demanding parity as well. I’m not saying it’s right or wrong, but it is reality.”

To that, Mnuchin replied:

“It doesn’t need to be reality. I think they should give the president a line-item veto.”

One tiny problem with that idea, as Wallace was quick to tell Mnuchin:

“That was ruled unconstitutional by the Supreme Court.”

“Well again, Congress could pass a rule, okay, that allows them to do it.”

How can they pass a rule or a law if the Supreme Court has already ruled the line-item veto to be illegal under the U.S. Constitution, Steve? Are you even paying attention?!

“No, no. It would have to be a constitutional amendment.”

Clearly embarrassed by his mistake, Mnuchin got a bit testy and replied:

“There’s different ways of doing this. My comment is, it’s clear what happened. The Democrats, in order to get us military spending, demanded a massive increase in non-military spending. And the president made the decision this time that that was worth it because military spending, given what’s going on in Iran, in North Korea, in Venezuela, in Russia — all around the world where we’re using sanctions. We need to make sure we have a military that has the necessary resources.”

Translation: Trump needs a bigger military for all the wars he and his new National Security Adviser, John Bolton, are planning to start in the months ahead.

Meanwhile, we’re all waiting for a few of “the best people” to actually show up at the White House and stay longer than a month.

Here’s Mnuchin making a fool of himself: