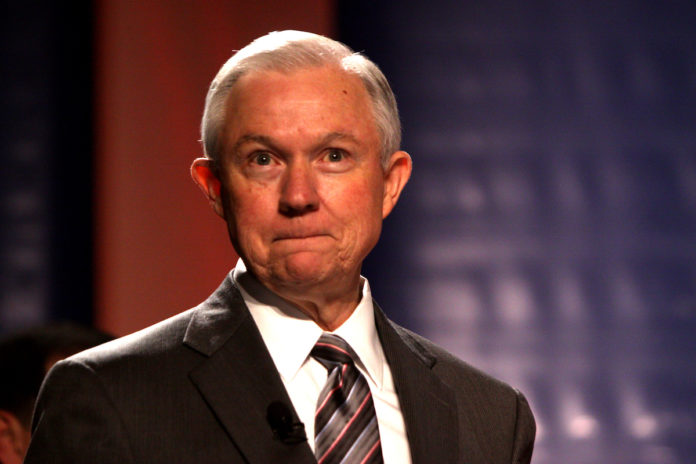 According to a report by The Hill, the Department of Justice has formally announced a probe into the validity of a FISA warrant obtained to look into the actions of Trump aide Carter Page. The report says that the probe comes in response to “requests from the attorney general and members of Congress.”

“Conservatives for weeks have trumpeted allegations that the DOJ and the FBI abused the Foreign Intelligence Surveillance Act (FISA), detailed in a controversial memo authored by staff for House Intelligence Committee Chairman Devin Nunes (R-Calif.). The allegations were also detailed in a separate criminal referral made by Senate Judiciary Chairman Chuck Grassley (R-Iowa) and Sen. Lindsey Graham (R-S.C.).”

The probe is seen by many as the latest attempt to discredit the Russia probe, which President Trump has always made clear is his endgame.

The Mueller probe should never have been started in that there was no collusion and there was no crime. It was based on fraudulent activities and a Fake Dossier paid for by Crooked Hillary and the DNC, and improperly used in FISA COURT for surveillance of my campaign. WITCH HUNT!

The idea is that if the FISA warrant obtained to surveil Page is invalid, the entire Russia investigation is predicated on false pretenses.

However, according to Buzzfeed News, the burden of proof for a FISA warrant is not as high as Republican lawmakers make it out to be. A suspicion that an individual is working on behalf of a foreign power would have been enough to obtain it.

Furthermore, the last drumbeat that conservatives have is that the dossier that contained information relating to Page was paid for, in part, by the Clinton campaign. However, as this was already disclosed in the FISA warrant, it doesn’t give the argument much stopping power.

In an interview with Chris Hayes, Carter Page said of the FISA warrant:

“I can’t imagine anything which could possibly warrant such a warrant.”