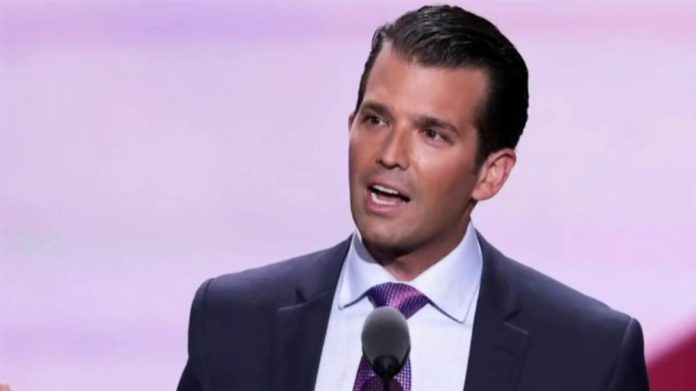 With the midterm election now just two days away, President Donald Trump and his surrogates are doubling down on their racist, xenophobic rhetoric in a desperate effort to try and salvage their fading political fortunes as they demonize refugees and anyone who isn’t a white Anglo-Saxon Christian.

On Saturday, Donald Trump Jr. joined the fray in a disgusting manner, tweeting out a hateful attack on independent Maine Senator Angus King, who is up for reelection against Republican Eric Brakey:

Angus King is a Fake Independent who votes with Schumer 88% of the time. Angus wants to repopulate Maine with Syrian and Somalian refugees. Support @SenatorBrakey who fights for secure borders and Better Jobs for Maine. #me #maine

“In this tweet, Trump isn’t offering misplaced fears about, I don’t know, Al-Shabaab or something. He’s not couching it in anything, there are no dots to connect; he just doesn’t want Somalis, full-stop. Having Somalis in your community is bad, on its surface, simply because they’re Somalis—that’s it, that’s the argument.”

Don Jr. also got slammed online for his hateful tweet:

I’m Syrian and have done more for this country than your diaper behind ever has!

Because civility is incredibly important to @SenAngusKing I’ll refrain from replying with my actual thoughts about this Nazi dog whistle of a tweet. But what I will say is that I proudly cast my vote for Angus over a week ago. Maine will absolutely send Angus back to Washington.

Well that’s pretty racist. You need to quit trying to get in to politics, and just realize you’re a worthless shit.

What’s wrong with Syrian and Somali refugees? Please tell us. Sounds a lot like “(full in the blank) won’t replace us!”#Immigrantsbuiltamerica

Junior – Shouldn’t you be getting your business affairs in order? It’s going to be difficult to run a company from behind those prison walls.