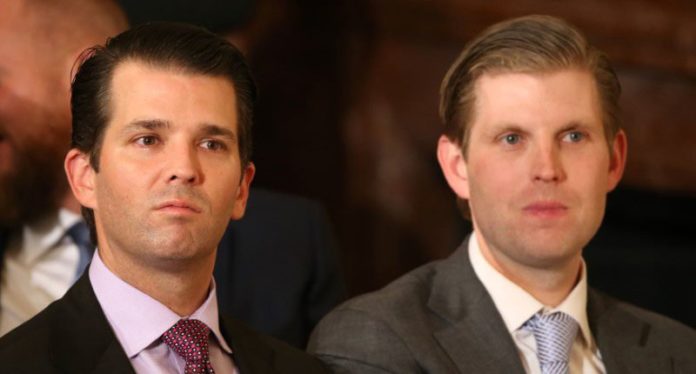 Donald Trump Jr. and his brother, Eric, thought they’d try to make light of tweet sent out by a Washington reporter regarding a Capitol Officer who left his gun in a public restroom, but their mocking wound up getting both of them destroyed on social media.

Bridget Bowman, a reporter for Roll Call, shared an article written by a colleague noting that Lt. Mike Byrd left his Glock 22 semiautomatic pistol in a bathroom at the Capitol Visitor Center complex:

A Capitol Police officer left a gun in a bathroom… again. And not just any gun. A glock, which fires if the trigger is pulled. Big scoop from @ktullymcmanus: https://t.co/KGP2mcl0MI

Leaving a weapon in a place where children could get hold of it is a BIG DEAL, but Junior and Eric decided they’d make a joke out of the wording Bowman had used: 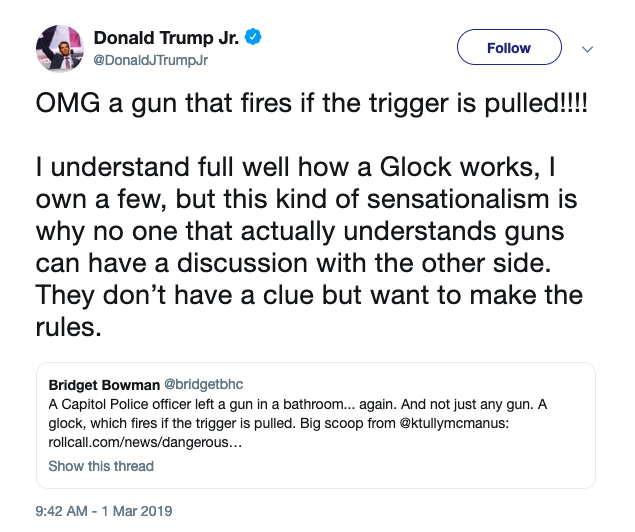 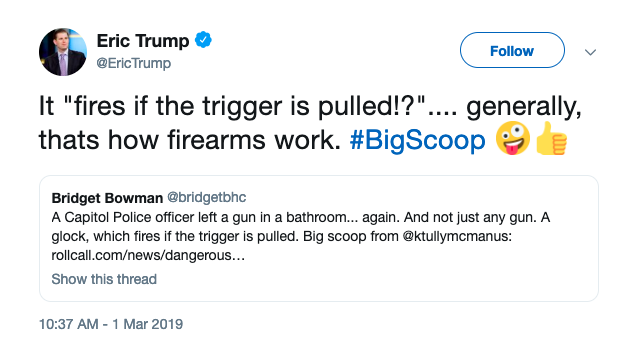 Bowman later clarified her original tweet, noting that a Glock will fire when the trigger is pulled, unlike guns with a traditional safety.

The Trump brothers got plenty of pushback for their hateful reactions to Bowman’s tweet:

i think you missed the point dumb ass, i’m sure you do know the safety on the glock is in the trigger. not like other weapons that has a different safety mechanism🤔🙄🤨

If you would have taken 2 seconds to read the article it says: “Unlike a gun with a traditional safety, a Glock will fire if the trigger is pulled — making the discovery of an unattended gun in the Capitol complex particularly concerning.”

Unlike Eric, who is triggered if his dad is fired…

Keep in mind that Don Jr. and Eric also like to take their guns on safari when they kill innocent animals so we’ll all think they’re “tough guys.” But they’re just as weak as their daddy, not to mention twice as ignorant.