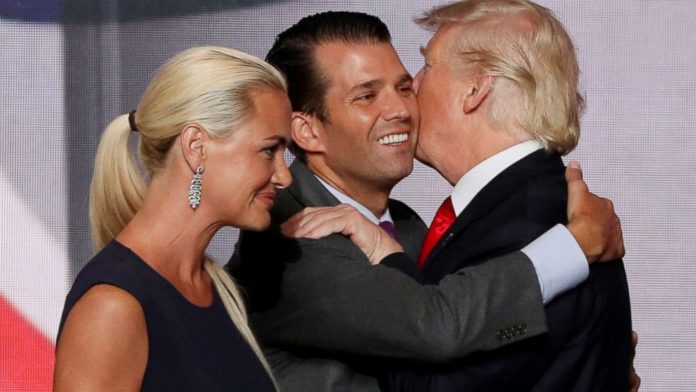 In his latest attempt to be an obsequious suck-up of of epic proportions, Donald Trump Jr. decided to post a meme on Instagram in honor of his daddy for Christmas, and was immediately smacked down by social media for his fawning devotion to his father.

Here’s what Don Jr. shared with the world:

What in the hell?! An angel and a star? Sorry to break the news to you, Junior, but your dad is neither. He’s a former reality TV host who has cheated on all three of his wives, is a pathological liar, and may have committed treason with Russia and Saudi Arabia.

The responses on social media to Don Jr’s pathetic were nothing short of awesome. Take a look:

“When you really want Daddy to give you a pardon.”

“trump is the bully-in-chief”

“Your obsession with your daddy is creepy AF!”

“Clocks ticking DJTJ!! Prison time is about to start”

“THIS is the only war on Christmas I’ve seen. #desperate.”

“Couldn’t decide between collusion and conspiracy. So Mueller picked both.”

“A piece of coal would be more fitting.”

Bob Mueller (who is a much different man than people think) and his out of control band of Angry Democrats, don’t want the truth, they only want lies. The truth is very bad for their mission!

How very angelic, wouldn’t you agree?