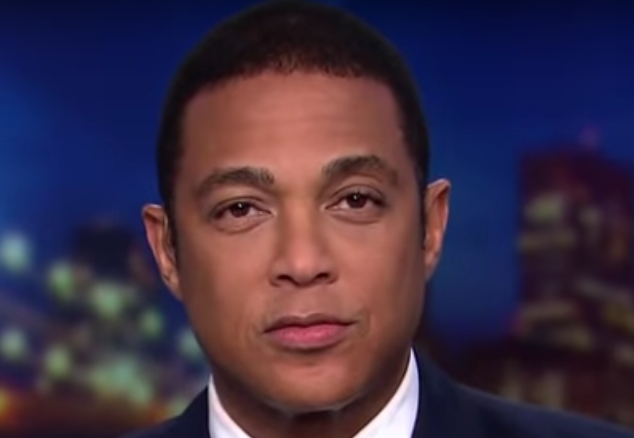 CNN host Don Lemon gave viewers a preview of what 2019 will be like for “pouting child” President Donald Trump once Democrats take control of the House. And Trump should be very afraid.

On Friday morning, Trump began the day with a temper tantrum on Twitter in which he threatened to close the border if he didn’t get his way on the border wall he shut the government down over.

“Day seven of the partial shutdown of the federal government, and no end in sight,” Lemon began on his show Friday night. “President Trump is staying in Washington. He’s growing angrier by the moment, sounding really like a pouting child. He’s now threatening to close the border with Mexico,” He said the U.S. will be forced to close the southern border entirely if the obstructionist democrats do not give us the money to finish the wall.”

“The president owns the shutdown,” Lemon said after playing video of Trump taking complete ownership of the shutdown. “The blame is all his.”

Lemon pointed out that Trump’s staffers have been trying to blame Nancy Pelosi for the shutdown by claiming that if she makes a deal with Trump now she would lose the speakership vote next week.

But Democrats already overwhelmingly support her, and Lemon went on to explain why Trump should fear her and the Democratic takeover.

“Democrats take control of the House, and that means control of all the powerful committees that have been toothless under Republicans,” he said.

Indeed, Democrats will have the power to issue subpoenas and dive much deeper into Trump’s crimes and scandals than Republicans ever did, and that includes making Trump’s tax returns public after he has spent the last three years keeping them hidden.

And Democrats are going to have more help then they need according to Lemon.

“Key Democrats say they have been inundated by impressive resumes,” he said. “That a lot of people want to be part of what’s expected to be the largest Congressional investigation of a sitting president in recent memory. So here we go. Fasten your seatbelts. It’s going to be a bumpy 2019.”

On the flip side, while resumes are piling up on the desks of Democrats, Trump is having great difficulty finding people who want to work for him.

In fact, Trump has been forced to elevate existing staffers to the positions in an “acting” capacity.

“Word from inside the White House is that since the Democrats big victory in the midterm elections President Trump has been worried. He should be,” Lemon said, going on to list what Special Counsel Robert Mueller has been able to accomplish thus far as Trump continues to call the Russia probe a “witch hunt.”

Lemon did not have time to list every single one of Trump’s over 7,000 lies since taking office, but he did cover the big ones like Trump claiming he didn’t know about Michael Cohen paying hush money to cover up his affairs and his constant claim that Mexico is going to pay for the border wall.