The United States Blues
Home News Don Lemon Doubles Down: ‘The Biggest Terror Threat In This Country Is... 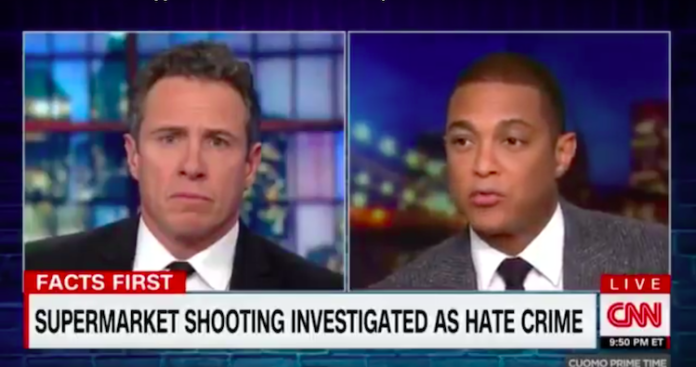 Between bombs, shootings on Jewish synagogues and yoga centers, and the “migrant caravan” the president is obsessed with, terror is on the minds of the American people. And more specifically, the color of terrorism is on America minds. Don Lemon, Host of CNN Tonight, recently shared his thoughts on the matter in a testy repartee with fellow news anchor Chris Cuomo:

““So we have to stop demonizing people and realize the biggest terror threat in this country is white men, most of them radicalized to the right, and we have to start doing something about them.”

Lemon’s statements caught many off-guard, thinking it hyperbolic or ineptly stated. To some, saying that white supremacists account for the largest share of domestic terrorism in the United States is beyond the pale. But it’s not — at least, not according to the facts.

A recent cover story by New York Times Magazine—”U.S. Law Enforcement Failed to See the Threat of White Nationalism. Now They Don’t Know How to Stop It”— details the government’s failure to curb the threat of white nationalism. One portion reads:

White supremacists and other far-right extremists have killed far more people since Sept. 11, 2001, than any other category of domestic extremist.

The piece went on to say that the seemingly sudden prevalence of domestic white terrorism is inextricably linked to the single-mindedness of law enforcement agencies, who place most of their resources on controlling foreign terror threats. One prosecutor, Joshua Phanco, went so far as to say, “If a fairly high-up guy from MS-13 sneezes, I get a call at 10 p.m. But who’s responsible for keeping track of these alt-right guys in Houston? Nobody.”

Furthermore, NYTMag noted that, whereas there is little political risk in describing MS-13 gang members as “animals” (as the president has done), this avoidance of the problem of white domestic terrorism has to do with the great political risk inherent in speaking in a clear and cogent way about America’s culture of white supremacy.

Since Lemon’s remarks, conservatives have noted their outrage, but Lemon is not backing down.

“We don’t need to worry about people who are thousands of miles away,” he said. “The biggest threats are homegrown. The facts prove that.”