The United States Blues
Home National News Donald Trump has a dirty Baltimore secret: Jared is a slumlord in... 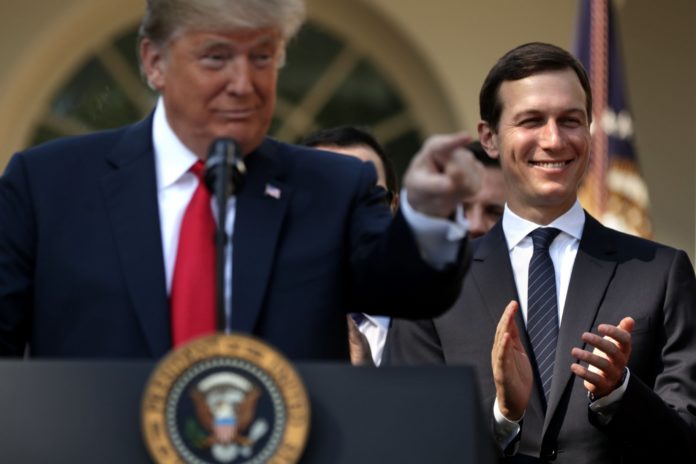 Over the past 48 hours, President Donald Trump has repeatedly attacked the city of Baltimore and Rep. Elijah Cummings (D-MD), who represents the city, even going so far as to claim the city is a “rat and rodent infested mess” and that Cummings is playing the “race card” for daring to push back on Trump’s blatantly racist tweets.

But the one fact the president has neglected to mention about Baltimore is that his son-in-law and senior White House adviser Jared Kushner just so happens to own several housing projects in the city, according to HuffPost:

Ironically, Jared Kushner’s many Baltimore area housing projects — which he continues to own even as he works as a senior White House adviser — racked up hundreds of building-code violations creating the kind of conditions that Trump hints at.

“We expect all landlords to comply with the code requirements that protect the health and safety of their tenants — even if the landlord’s father-in-law is President of the United States,” said a statement at the time by Baltimore County officials.

Translation: Jared is a slumlord.

In 2017, ProPublica conducted an extensive investigation of the properties Kushner owns and found what can best be called absolutely disgusting and dangerous conditions:

The investigation examined charges of decrepit conditions and lawsuits filed against tenants when they tried to move out. One court case described a leaking bedroom ceiling, maggots in the living room carpet and raw sewage spewing form the kitchen sink in a complex called “The Cove.” It’s the kind of apartment in which “no human being” would “want to live,” to quote Trump’s comment about Cummings’ Baltimore district.

Not only that, but Kushner’s company also loves to charge excessive fees to residents, who are already living at or near the poverty line:

Residents argued in lawsuits that rents in the buildings were padded with mysteriously added fees or late fees as part of a ruse to evict them when the money wasn’t paid.

The real motive behind Trump’s attack on Cummings and Baltimore may ultimately have more to do with the fact that the congressman is chairman of the House Oversight Committee and less to do with the president trying to energize his supporters as the 2020 election begins to heat up. Just last week, Cummings, as part of his Constitutional duties of checks and balances, issued subpoenas for information from both Kushner and his wife, Ivanka Trump related to text messages and emails secretly sent and and received on personal accounts belonging to the two administration aides.

In other words, karma is paying a visit to the man who relished shouting “lock her up” at his 2016 campaign rallies, and he’s lashing out in his typically repulsive manner.