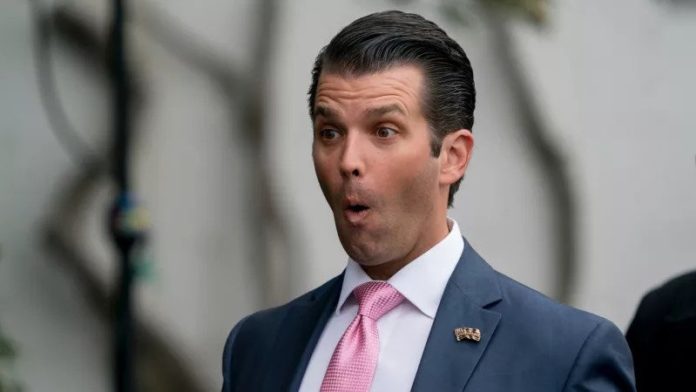 Much like his father, Donald Trump Jr. just loves to post inane BS on social media. Whether he’s taking cheap shots at CNN or trying to suggest that climate change is a hoax, Junior is fond of proving just how brainless and immature he is and always will be.

On Thursday, Don Jr. decided he’d attack incoming Rep.-elect Alexandria Ocasio-Cortez, suggesting that her progressive policies will lead to Americans having to eat their dogs in order to survive. He went on Instagram and posted this meme:

Actually, Junior, it’s lame because it’s stupid and not based on fact. But we’ve come to expect that from you.

Based on the responses Junior got to his Instagram post, most people clearly didn’t care for his meme. Here’s a few of the best:

“You aren’t that bright, are you?”

“WTF is wrong with this idiot?”

As usual, Donald Trump Jr. thinks his so-called “sense of humor” is somehow the appropriate response to the real issues facing this country, including hunger and income inequality. Perhaps one day he’ll have a chance to see what it’s like to do without and want for the basics.