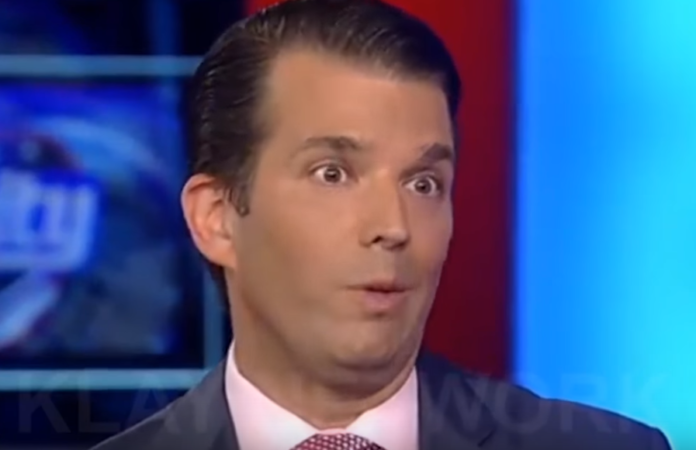 During a discussion about Pompeo’s appearance on Fox News in which he claimed the CIA’s conclusion that bin Salman ordered the killing of U.S. resident and journalist Jamal Khashoggi is “inaccurate,” Mika slammed him for being Trump’s “buttboy” instead of a patriot who does the right thing.

“I understand that Donald Trump doesn’t care,” she began. “But why doesn’t Mike Pompeo care right now? Are the pathetic deflections that we just heard when he appeared on Fox & Friends, is that a patriot speaking of a wannabe dictator’s buttboy. And I’m being dead serious. I’m asking, are these the words of a patriot?”

Clearly, Mika did not use that word in a homophobic way. However, she should not have used the homophobic term and did apologize after it was brought to her attention by a Twitter user.

Totally agree with you -SUPER BAD choice of words .. I should have said “water boy”… like for football teams or something like that.. apologize to @SenatorDurbin too! SO SORRY! https://t.co/zIqsGdK3Tk

But less than hour after she apologized, Trump Jr. got involved by attacking Mika and feigning outrage.

This is disgusting! How can @KevinHart4real essentially be forced to lose his Oscar’s gig for comments he made years ago as a comedian, but Mika can make a seriously homophobic slur on a major news station, have the network try to cover it up & its not an issue? Give me a break! https://t.co/dTaBMkJa7x

The comparison to Kevin Hart doesn’t hold water. First of all, Hart did not even try to apologize for his past clearly homophobic tweets. His pathetic defense of his remarks only made the outrage worse, forcing him to give up the high-profile hosting gig. Mika did not in any way appear to intentionally use the word as a homophobic slur, and apologized soon afterward. And even Fox host Sean Hannity has defended her apology.

“I believe she’s probably sincere in her apology,” he said during his show on Wednesday night.

And Trump Jr. pretending to care about LGBT people is insulting. His dad has spent the last two years dismantling LGBT-friendly policies, including halting research that could find a cure for HIV, a virus that devastated the gay community in the 1980s and is still killing people today.

Rather than continue to attack his dad’s critics, Trump Jr. should worry more about himself since he might be next to be indicted by Special Counsel Robert Mueller for colluding with the Russians to hurt Hillary Clinton during the 2016 Election.