The United States Blues
Home News Donald Trump Jr. gets dragged on Twitter for accusing the FBI of... 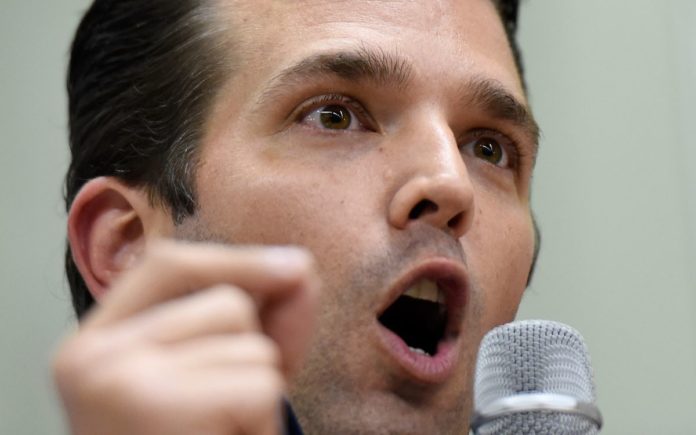 When is someone going to finally investigate the investators? If this isn’t and attempted coup I don’t know what is. Regardless of party if you’re not troubled by this, you’re part of the problem. https://t.co/a1d6QKUUAs

A couple of things need to be noted in regard to this tweet:

Fortunately, plenty of other people on social media were only too happy to remind Don Jr. that he should stay off Twitter:

The “investators” aren’t done yet. Shouldn’t you wait for Mueller’s report and your upcoming indictment before you opine?

“Coup: a sudden, violent, and illegal seizure of power from a government.” Using amendments in our constitution to remove a comprised Russian agent would be completely non-violent, and legal.

“But when a long train of abuses and usurpations, pursuing invariably the same Object evinces a design to reduce them under absolute Despotism, it is their right, it is their duty, to throw off such Government, and to provide new Guards for their future security.”
-July 4th 1776

If law enforcement officials, many who are part of the same party as the President, feel the need to explore removal from office, we should hear them out. There’s a reason.

Instead of trying to impress his father with mindless drivel on Twitter, shouldn’t Junior be meeting with his attorneys for his pending indictment and arrest?