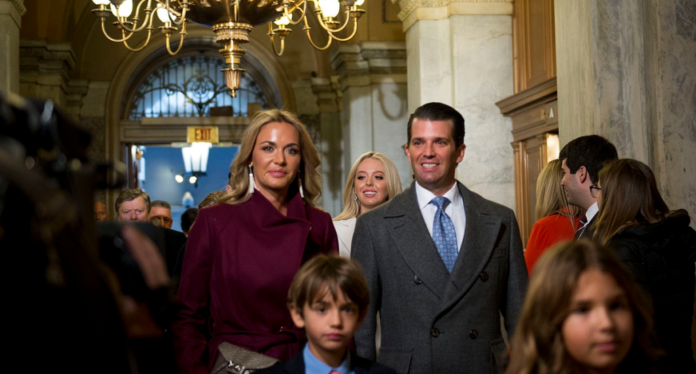 Donald Trump Jr.s wife, Vanessa Trump was rushed to the hospital on Monday after she opened an envelope addressed to her husband that spilled out a white power. Fortunately, it turned out to be harmless corn starch, according to the New York Post.

The New York Police Department joined the Secret Service to investigate the incident.

Vanessa opened the letter after 10 a.m. local time at E. 54th Street, which NBC News reports is the home of Vanessa’s mother, who had handed the package to her. Other sources note that the envelope was opened in Trump Jr. and Vanessa’s home and that the package was addressed to Trump Jr, though she opened it anyway.

As a precaution, they were taken to the hospital, along with one other person who was exposed to the powder. It’s isn’t known if any of the couple’s five children were at home when it happened.

A hazmat crew arrived on the scene to decontaminate the area before the family was taken to Weill Cornell Medical Center.

The NYPD, the FBI’s Joint Terrorism Task Force, officials from the Health and Environmental Protection, and the Office of Emergency Management all reportedly responded to the scene.

Donald Trump Jr. married his wife Vanessa in November of 2005.

For more, see the video from Sarah Reese Jones, an editor at PoliticusUSA:

Vanessa Trump was not exposed to any dangerous weaponized substance in the letter. #VanessaTrump pic.twitter.com/gvkzTwXroJ