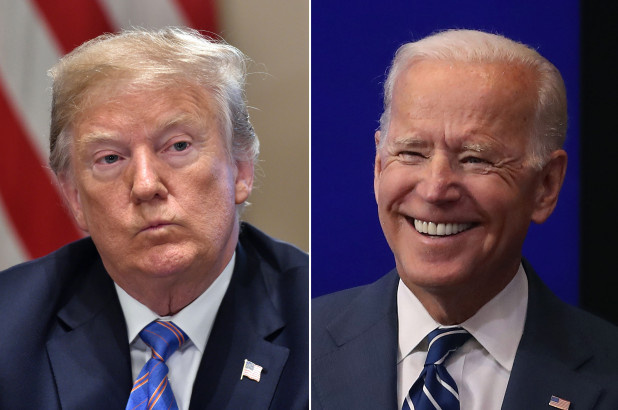 President Donald Trump takes great delight in attacking people on Twitter. He spends hours of “executive time” each day firing off hateful tweets aimed at people he dislikes or so he can spread one of his bizarre conspiracy theories.

But on Thursday, Trump decided he’d go after former Vice President Joe Biden, who released a video this week addressing the fact that some women had said Biden’s actions toward them had been inappropriate and made them uncomfortable. In his video, Biden promised he would be “more mindful” in the future in such situations.

Trump tweeted out a doctored version of Biden’s video along with the message, “WELCOME BACK JOE!” The edited video, HuffPost explains, was clearly meant to be a cheap shot at the former Veep:

“In the edited version, created by a pro-Trump Twitter user with the handle Carpe Donktum, a cutout of Biden creeps into the shot, appearing to smell the real Biden’s hair from behind.

“The president’s mockery, though, is a bit paradoxical considering that more than 20 women have accused him of sexual misconduct through the years. Accusations against Trump have ranged from sexual harassment to rape, but he has never acknowledged that his behavior might have been inappropriate.”

Rather than get angry and try to retaliate, Biden had the perfect reply, a response that expertly shut down Trump and let him know that if he’s going to try and troll, he might want to choose someone else as the object of his attention:

I see that you are on the job and presidential, as always. https://t.co/j7wh3opXOv

About the only thing that can be said about Biden’s superb reply tweet is this, which pretty much says it all:

Biden just dropped the mic. And it hit Trump right in the face. Nice try, Donnie, but you lose…again.