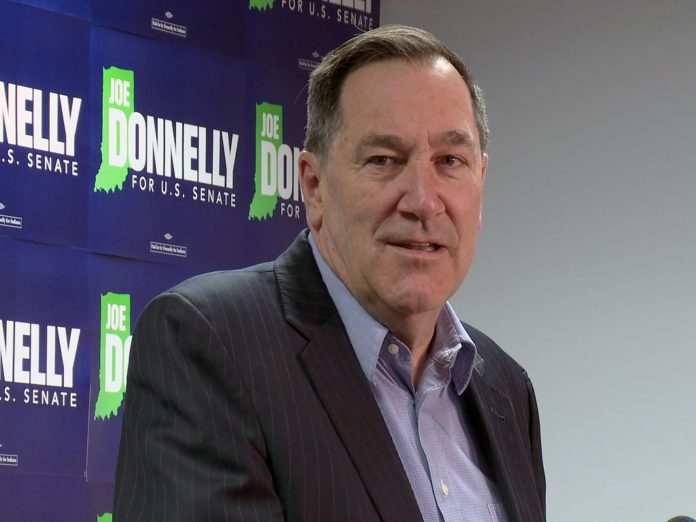 After winning a collection of all-important special elections, Democrats are more than likely to take back the House in November. Their chances at taking back the Senate, however, don’t look as guaranteed. Democrats have to defend a whopping 25 Senate seats, including tough battles in several states.

Democratic Senator Joe Donnelly of Indiana as one of them.

Facing all the power of Trump’s White House and his army of deplorables, Senator Donnelly appears to have done one thing to get on the president’s side: announce his support for Gina Haspel, Trump’s highly controversial and sadistic pick to head the CIA.

Donnelly said in a statement Saturday he believes that Haspel “has learned from the past and that the CIA under her leadership can help our country confront serious international threats and challenges.”

Donnelly attempted to back up his statement by citing Haspel’s backing from former CIA directors John Brennan, Michael Hayden and Leon Panetta.

Donnely joins Rep. Joe Manchin (D-W.V.), another Republican-lite Democrat in a state Trump easily won, in vowing to vote in favor of Haspel.

Haspel has been blasted by many senators for her support of “enhanced interrogation techniques” employed by the CIA against suspected terrorists in the past, and in particular for not saying during her Senate testimony whether torture is immoral. Ailing Senator John McCain, a man who experienced torture first hand during the Vietnam War, has already said that intends to vote no on Haspel.

Senator Rand Paul (R-Ky.) plans to join him, which means Trump will need a few Democratic votes if Haspel’s to get confirmed.

Considering the uphill battle Donnelly’s is facing in his bid for re-election, particularly from an extreme and hostile president, his decision to support Haspel is both cynical and sycophantic.

It’s quite clear that he is scared to death of Trump and wants to placate him.