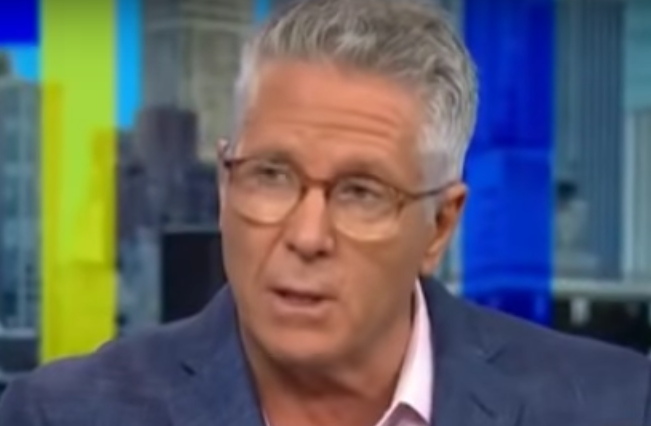 A longtime associate of President Donald Trump, MSNBC host Donny Deutsch, confirmed a serious warning that legal and political experts have been issuing by saying it is likely Trump will call for open violent revolt if he loses in 2020.

Harvard law professor Laurence Tribe has already warned that Trump may declare a national emergency to hold on to power in 2020.

Former Fox News expert Lt. Colonel Ralph Peters recently told CNN that Trump will do anything to stay in the White House because he doesn’t want to be prosecuted for his crimes.

Even House Speaker Nancy Pelosi (D-Calif.) is concerned that Trump will contest the election.

And now Deutsch, who has known Trump for decades and knows him better than anyone mentioned above, predicted that Trump will likely call for violence from his supporters if he loses the election, citing Trump’s own behavior in 2016.

“What happened this week with Barr, since Citizens United, is the scariest thing to our democracy as possible, and people should be frightened,” Deutsch said. “And he uses the dictator playbook. One thing, again, authoritarian figures telegraph and he did it last election. He was already teeing it up.”

During the 2016 Election, Trump repeatedly suggested he would reject the result of the election if he were to lose and encouraged his supporters using rhetoric that incited violence.

“Michael Cohen said this and I know this: If he loses, he is going get out of office but it will not be a graceful, peaceful transition,” he concluded. “I believe he will say it’s a rigged system. I believe he’s not beyond telling his people to take to the streets. This is how dangerous this man is.”

Donny Deutsch says “people should be frightened” by what Trump will do if he loses in 2020. #ctl #p2 #amjoy pic.twitter.com/ryRueIBDRq

Trump is desperate to stay in power because his ego won’t allow him to accept defeat. He is also likely going to be indicted and prosecuted for a variety of crimes the second he leaves the office. So, he most certainly is motivated to hang on to his “get out of jail free” card as long as possible, even if it means thrusting the nation into bloody violence.