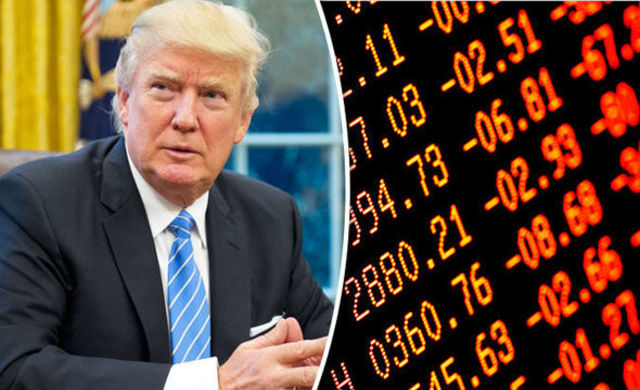 As we’ve learned over the past couple of weeks, the U.S. stock market is teetering on the edge, losing all of its gains for the year and entering what can best be called a bear market.

But the worst may be yet to come.

Noah Smith, a former assistant professor of finance at Stony Brook University who is now a columnist for Bloomberg, warns in an op-ed that President Donald Trump has, in recent weeks “taken several steps that might end up conjuring up… a panic” and lead to complete meltdown of the financial system in this country.

Smith notes that the government shutdown Trump has instituted with his insistence that Congress give him billions for a wall on the Southern border, along with his sniping at the Federal Reserve for raising interest rates, could well sent Wall Street into full-blown turmoil:

“Business uncertainty over an extended government shutdown or other Trump actions could conceivably spark a selloff in these markets. Panicky-sounding communiques from the Treasury could make banks and other financial institutions wonder if their counterparties are holding too much bad corporate debt. And open warfare between Trump and the Fed might raise concerns that the central would defy the president and raise interest rates in order to demonstrate its own immunity to Trump’s bullying. That could reduce the value of corporate debt.”

And those uncertainties, Smith concludes, might create a perfect storm of bad economic news that sends the American economy into a spiral:

“If stresses and vulnerabilities have built up to dangerous levels, it seems like the turmoil and doubt created by the president’s words and deeds could be enough to tip the system into a downturn. If Trump’s erratic moves manage to introduce chaos into an already shaky corporate debt market, then this president might really own the next recession.”

As we’ve already seen, Trump’s massive tax cut package, rising income inequality, and the unhinged actions of this president have caused the market to repeatedly drop, and many noted economists are predicting that a recession is right around the corner. If so, that could well seal Trump’s political fate and all but guarantee his 2020 re-election effort will be a massive failure.