The United States Blues
Home News Elijah Cummings blasts Trump for ‘trampling on the Constitution’ with his frivolous... 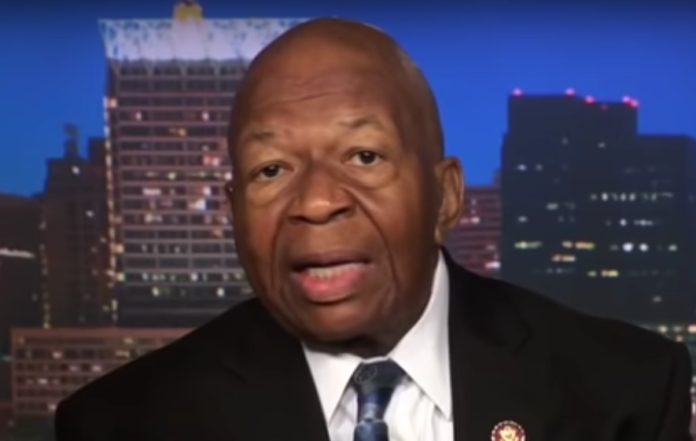 House Oversight Committee chairman Elijah Cummings (D-Md.) took President Donald Trump to the woodshed on Tuesday night for refusing to cooperate with subpoenas for his financial records and blocking testimony from former staffers who can confirm what they told Special Counsel Robert Mueller.

Trump is currently suing the House Oversight Committee in an effort to block them from obtaining his financial records, which would shed light on his connections to Russia and other misconduct such as tax evasion. Finding evidence of tax evasion would corroborate his former fixer Michael Cohen’s congressional testimony.

Trump is also blocking former White House counsel Don McGahn from testifying about what he told Mueller because he doesn’t want McGahn to confirm that many of Trump’s staffers disobeyed his orders to obstruct justice.

During an appearance on MSNBC with Joy Reid, Cummings discussed the lawsuit.

“First of all, I was not surprised because this administration has done everything in its power and use every means necessary to block the Congress from getting the information we need to do our job,” Cummings began. “Not only are they blocking witnesses from coming forward, Joy, but they have not given us one document upon our request. The American people said in the last election we want to hold Donald Trump accountable, but it’s impossible to hold them accountable if we don’t get any information and he’s trampling on the Constitution, no doubt about it.”

Cummings implored Republicans to help Democrats hold Trump accountable and said Democrats are prepared to issue more subpoenas and hold witnesses in contempt if they refuse to testify.

When asked about impeachment, Cummings defended House Speaker Nancy Pelosi’s effort to delay pulling the trigger because she wants House Democrats to have a strong case.

“A lot of us are torn,” he said. “If this president continues down the path they are going, we won’t have a democracy. We understand that.”

“At the same time, going back to Speaker Pelosi, all she is trying to do is make sure we get all of our ducks in a row,” he concluded. “Nobody is saying this thing may not end up in impeachment, but we realize impeachment is a very serious thing and we are going to do whatever we have to do. But first we have to do our research and do it exceedingly well.”