The United States Blues
Home Elections Elijah Cummings schools GOP in the difference between voting rights in the... 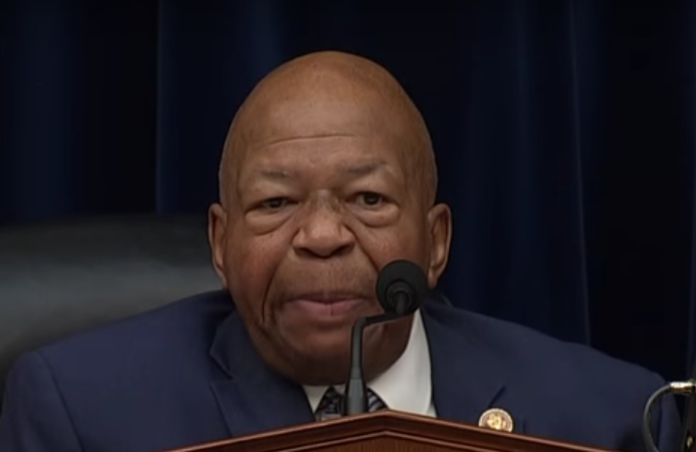 The bill passed the House, but Senate Republicans blocked it after deriding it as a Democratic “power grab.”

Thus, an enraged Cummings took Republicans to the woodshed, pointing specifically to a North Carolina voter suppression bill that the federal courts struck down for targeting African-Americans with “surgical precision.”

He began by hammering Republicans for “cutting back on early voting, eliminating polling places, and taking other steps to reduce the number of people who vote.”

“Especially troubling, in some cases, they have engaged in illegal efforts to suppress the vote that target minority communities,” he continued before going on to painfully recall his mother’s dying request.

“One year ago today, on my mother’s dying bed, at 92 years old — former sharecropper — her last words were, ‘Do not let them take our votes away from us,’” Cummings said. “They had fought. She had fought and seen people harmed, beaten, trying to vote. Talk about inalienable rights. Voting is crucial, and I don’t give a damn how you look at it. There are efforts to stop people from voting.”

“That’s not right!” Cummings yelled. “This is not Russia! This is the United States of America! And I will fight until the death to make sure every citizen has that right to vote because it is the essence of our democracy.”

The legislation scares Republicans because they think higher voter turnout benefits Democrats, especially higher turnout by minorities, who overwhelmingly vote Democratic every election. The problem is that by suppressing the vote, Republicans are giving people more reason to vote against them. Passing HR 1 by a bipartisan vote would show Americans that Republicans care about them and their rights. It would ultimately help them expand their tent, at least in the long term. But opposing the bill only makes things worse for them as their party continues to shrink and more and more voters reject the GOP.