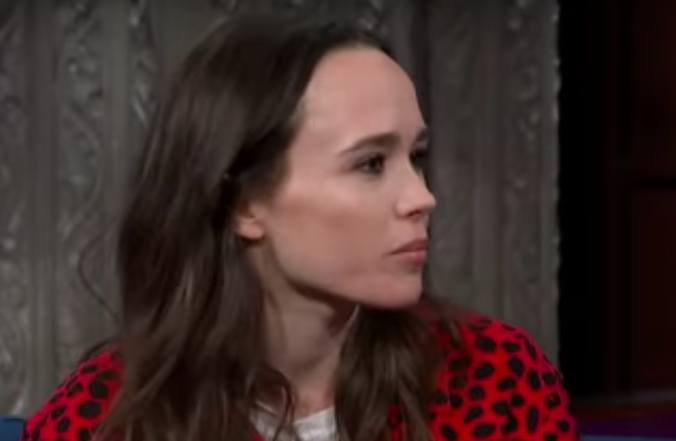 Actress Ellen Page took Vice-President Mike Pence to the woodshed on Thursday night on behalf of the LGBTQ community for continuing his anti-gay crusade inside the White House.

During an appearance on The Late Show with Stephen Colbert to promote her new show “Gaycation,” which features Page traveling the world to interview anti-gay extremists, the former X-Men star became visibly upset while pointing out Pence’s beliefs and how they contribute to violence and hate against LGBTQ people, the same hate and violence that actor Jussie Smollet suffered at the hands of bigots who attacked him in Chicago earlier this week while screaming “MAGA,” President Donald Trump’s campaign slogan.

Police are investigating the incident as a hate crime.

“Sorry, I’m really fired up tonight, but it feels impossible to not feel this way right now with the President and Vice President Mike Pence, who wishes I couldn’t be married, let’s just be clear,” she began. “The Vice President of America wishes I didn’t have the love with my wife. He wanted to ban that in Indiana. He believes in conversion therapy.”

Indeed, as governor of Indiana Pence signed a “Religious Freedom” bill that allowed open discrimination against LGBTQ people, which sparked outrage and ridicule across the country, forcing Pence to sign another bill clarifying that anti-gay discrimination is not legal.

Pence continues to peddle anti-gay beliefs and his wife recently started working for a school that forces employees to sign an anti-gay pledge.

“He has hurt LGBTQ people so badly as the governor of Indiana, and I think the thing we need to know, and I hope my show ‘Gaycation’ did this in terms of connecting the dots, in terms of what happened the other day to Jussie,” Page continued. “I don’t know him personally, I send all of my love, connect the dots.”

On the verge of tears, Pages concluded by railing against hate and using power to make others suffer.

“If you are in a position of power and you hate people, and you want to cause suffering to them, you go through the trouble, you spend your career trying to cause suffering, what do you think is going to happen? Kids are going to be abused, and they’re going to kill themselves. And people are going to be beaten on the street. I have traveled the world and I have met the most marginalized people you can meet. I am lucky to have this time and this privilege to say this. This needs to f*cking stop.”

.@EllenPage is fed up with leaders who promote hatred and intolerance. #LSSC pic.twitter.com/apxXzye5SF

She’s absolutely right. It does need to stop, but it won’t as long as people like Trump and Pence remain in power to spread hateful propaganda. This country has made tremendous progress in the area of gay rights over the last decade. But conservatives are trying to roll that progress back so that discrimination against LGBTQ people is legal. And yet, evangelicals have the gall to claim that they are the ones being persecuted. If they actually knew what persecution feels like, they wouldn’t be doing it to human beings at all, whether they are gay or not.