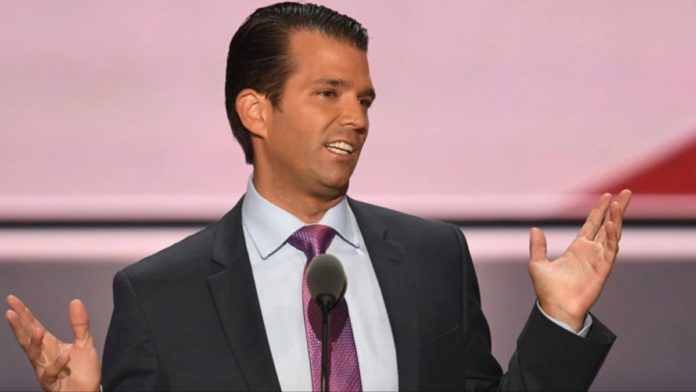 Donald Trump Jr. thought it would be a good idea to go on Twitter Wednesday morning and defend the only significant piece of legislation his daddy has managed to pass during his two years in office: The 2018 tax scam bill which slashed tax rates for the richest Americans and giant corporations at the expense of middle-class taxpayers:

Most Middle-Class Americans Got Tax Cuts Despite Smaller Early Refunds The smaller refund checks, were not indicators that taxes have gone up.

For middle-class families with children, over 80 percent got tax cuts.

What Junior neglected to mention is that the IRS withheld less from people’s paychecks, meaning most saw a minor increase in their earnings, but greatly reduced refunds that lots of Americans count on getting each and every year.

Also, the GOP tax bill eliminated lots of deductions middle-class taxpayers depend on, such as limiting how much of your state and local taxes you can write off your federal return.

Even hardcore Trump supporters say they’re livid as they fill out their taxes and realize they’re getting hit in the wallet, and plenty of them took time to let Don Jr. know that they’re not happy with his father:

Love you @DonaldJTrumpJr but I am getting fucked in my tax return and I had no way to prepare for it… First time I will one in my life.. I feel a bit cheated.. I didn’t even notice my paychecks were a bit bigger because I switched jobs beginning of year

Here in Ohio too- add the other deductions removed ( ie home office for one in our case) and it’s a loss. Sorry Jr. but you’ve got this wrong.

Just stinks we got way less like 6k less. I get it, just we used & depended on that money for our kids schooling. 🥺 keep on fighting! We live on Long Island in NY I feel we pay for the entire state.

It’s hard to feel sorry for Trump voters. They were dumb enough to think an ultra-rich real-estate developer/con man was going to do something to benefit them. But now they realize they’ve been given the shaft. If any of them who’s to blame, all they have to do is take a look in the mirror.