The United States Blues
Home Elections Eric Trump claims the left is ‘losing’ because his father has delivered... 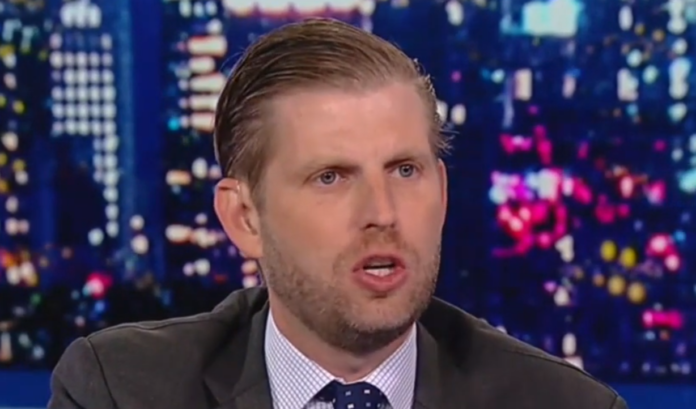 According to Eric Trump, his father has kept every promise he made in the 2016 campaign and the Democratic opposition is “losing” as a result.

During an appearance on Jeanine Pirro’s Fox News show Saturday evening, the president’s son discussed a recent incident in Chicago where a waitress allegedly spit in his face. This, he maintained, was proof positive that the American left knows his father is winning:

“They know they are losing. They know he’s done everything he said he was going to do and so much more.

There was also the obligatory shot at the news media, a favorite target of the president:

Is that right? Let’s take a look at the facts and see if what Eric had to say is true or just “fake news” as his daddy calls it:

Donald Trump hasn’t kept a single one of his 2016 promises. And based on the most recent polling numbers, he’s the one “losing.”

Nice try, Eric, but it seems you’re just as fond of lying as your father. Turns out the acorn didn’t fall far from the rotting tree.