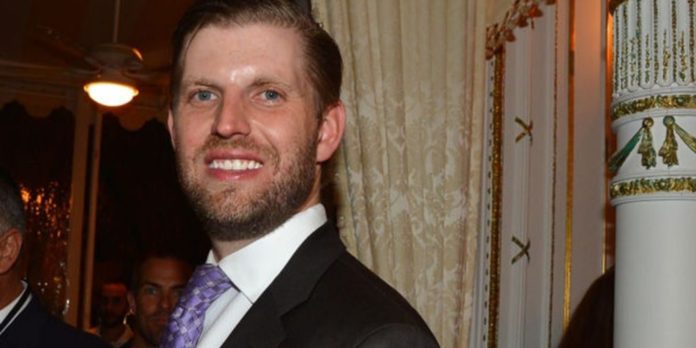 Bless his heart, Eric Trump just couldn’t resist offering his opinions on the first Democratic debate held Wednesday evening in Miami, and based on what he had to say, he should probably stick to guest appearances on “Fox & Friends” and grip-and-grin photos with his daddy.

Seconds after the debate began, Eric tweeted out this:

An hour later, this showed up on his Twitter feed:

Then he came back for more:

To call those remarks vapid would be an insult to the word. And it didn’t take long before Eric was pelted with disdain on social media:

That’s what she said.

Not enough cartoons for ya?

Isn’t that the Trump train?

Your family does have this country in a mess. The dumbest most ignorant buffoon in the world is spread out in the WH with only one goal in mind: destruction of the US’s standing in the world. His ugly fat ass succeeded.

That’s right a big mess! 2 US soldiers killed today in Afghanistan and a rapist goes to Japan

always with the intellectual commentary.

I’m glad you have finally admitted it! Now have your father step down! Thanks

A debate isn’t supposed to be The Jerry Springer Show. You dad turned them into a 3-ring circus. He insults, belittled, name calls, make s#*t up, but he doesn’t debate. He doesn’t know how to.