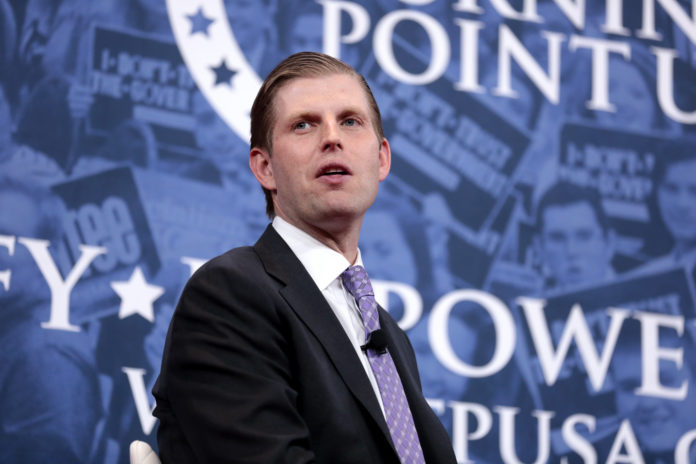 According to Eric Trump, it’s unfair for anyone to dare suggest that his daddy, President Donald Trump, bears any responsibility for poisoning the tenor of political debate in the country that may have contributed to the recent spate of far right violence we’ve seen, including the mailing of pipe bombs to Democratic political figures and a horrific attack on a Jewish synagogue that left 11 people dead Saturday.

“Is this a sign of the rhetoric, and the outrage people are hearing? Is there any correlation between the two?”

“It seems like we’ve gotten to a point where everything has to be politicized.”

Then the president’s son tried desperately to shield his father from criticism that his rhetoric inspires such evil actions:

Twitter users had a clear message for Eric Trump and his father, and they weighed in after the interview aired:

He was a White Supremacist. Enough said.

He is not sick, just evil with so much hate inside of him, he knew exactly what he was doing, don’t make excuse for him because he’s white, if it was a black or brown man, he would have been called everything in the book, let’s tell the story as it is. So sick of all the excuses

Based on his social media, this right-wing terrorist‘s rage was partly fueled by the conspiracy theory that Sorros & other Jewish people were funding the caravan. @realDonaldTrump and @FoxNews & other #Propaganda outlets all have blood on their hands! #HateCrimes #TrumpsAmerikkka

He wasn’t brown so he can’t be a terrorist though his motives were exactly the same.

If you stand in a room filled with gasoline and then proceed to start striking matches, don’t be surprised when you’re engulfed by flames.