The United States Blues
Home News Erick Erickson begs Trump to change course or be dropped from the... 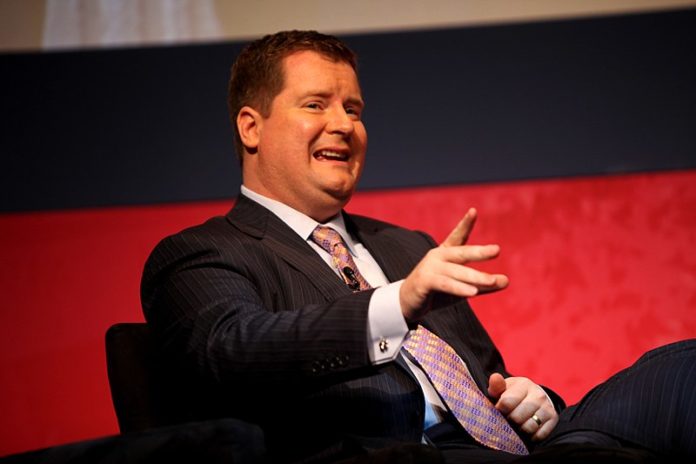 Conservative blogger Erick Erickson is a die-hard supporter of President Donald Trump, but even he is thinking that Trump should be dropped from the 2020 presidential ballot because his policies threaten to wipe Republicans out otherwise.

Both Trump and the GOP are struggling mightily in the polls ahead of the election, which is just over a year away. Former Vice-President Joe Biden and Senator Bernie Sanders (D-Vt.) are both crushing Trump, and Senator Elizabeth Warren (D-Mass.) is surging in popularity.

Trump is underwater in most of the swing states that he won in 2016, and is even finding himself on the edge of losing red states like Georgia and Texas.

And that was before Trump’s recent Twitter tantrum at China resulted in the stock market plunging 600 points and shattered Trump’s insistence that the economy is not heading toward a recession.

That recession is poised to hit in 2020, and that’s a recipe for disaster for Republicans, whose only real talking point is the economy even though the credit for that economic success belongs to former President Obama.

And that recipe for disaster is why Erick Erickson is begging Trump to either fix the problems he is causing, or Republicans should consider a different candidate on the ballot to avoid electoral annihilation.

“Right now, the President seems intent on screwing with suburbia’s 401(K)’s and, should he be successful, suburbia will screw him at the ballot box,” Erickson wrote this week. On top of all of that, our President has decided to start a trade war against a nation led by a dictator who does not have to stand for re-election and has 1 billion people to generate internal Chinese demand for Chinese goods instead of depending on the United States.”

“The Chinese communist dictator does not have to stand before voters and has a complete arsenal of economic tools at his singular disposal in order to wreck Donald Trump’s and the GOP’s election prospects,” he continued.

Erickson slammed Trump for starting a trade war in the first place and criticized him for pushing policies that are out-of-date.

Erickson then warned the GOP that replacing Trump on the ballot may be the only way for Republicans to keep the Senate, because Republicans are getting hammered in the polls and Trump is not going to change.

Folks, if the President’s heart isn’t in this, maybe it is time to let someone else run. I long ago gave up thinking any election was the most important election ever. There is no such thing as permanence in politics. But most of what President Trump has done can be easily overruled by the next President and if the GOP doesn’t keep the Senate a Democrat President will be unrestrained in advancing a judicial nominee.

President Trump needs to delete Twitter and be disciplined. The problem, of course, is that the President won’t change.

Republicans would be wise to heed Erickson’s warning, but they won’t listen because they refuse to turn on Trump. And that will be their undoing.