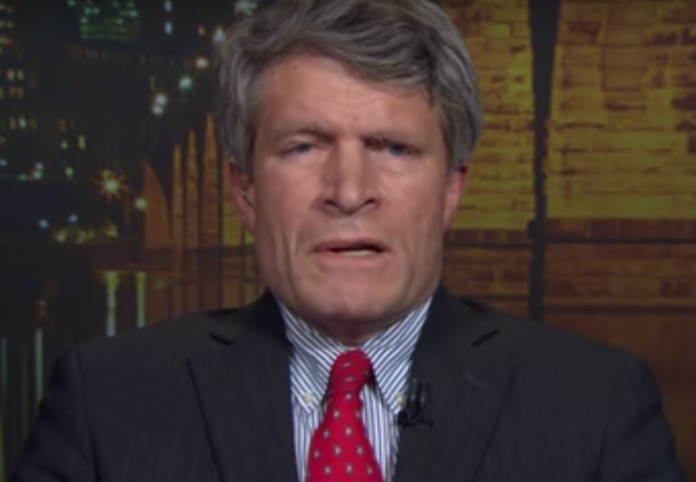 Secretary of State Mike Pompeo has been busted misusing Secret Service and taxpayer dollars to take care of his dog, prompting former Bush administration ethics lawyer Richard Painter to take him to the woodshed on Monday evening.

It turns out that Pompeo, who preached against wasting taxpayers dollars as a member of Congress, has been busy being a hypocrite as he uses the Secret Service like food delivery boys and transportation for his dog to and from a groomer rather than doing his own chores himself, all on the taxpayer’s dime.

Again, the taxpayers are picking up the tab for this, not Pompeo.

After hearing of the abuse of power by Pompeo, Painter made an appearance on CNN to trash the Trump official.

“This is the first time I have heard of the United States government providing an armed escort for a dog coming home from the groomer,” Painter said. “They might as well go for this and give the dog a full motorcade to the secretary’s house, I guess.”

“This is just what we’ve seen more and more of in this administration, whether it’s Secretary Pruitt over at the Environmental Protection Agency, the administrator there, who had his tactical pants and his James Bond phone booth, or the Secretary of the Interior flying around at public expense, and the Treasury Secretary going on his honeymoon on an aircraft paid for by the taxpayer,” Painter continued. “It goes on and on, and they’re not going to stop in this administration. It’s illegal, they know it, but they don’t have to stop because the president won’t fire them, he won’t enforce the law.”

Indeed, Trump doesn’t care if members of his administration flout the law because he’s busy doing it himself in the name of profit for himself and his family. He makes money off taxpayers every time Secret Service has to stay at his resort.

“If I listed every official in this administration who’s misused government funds, I’d take up your show and the next show after it,” Painter said. “It goes on and on, and the message is clear from the top, from Donald Trump: You don’t have to follow the rules. He’s not complying with the Emoluments Clause of the Constitution. Kellyanne Conway’s allowed to violate the Hatch Act over and over again. They get a letter from the Office of Special Counsel, they put it in the trash basket. They get a subpoena from the United States House of Representatives, they put that in the trash basket and show the middle finger to the United States Congress.”

He concluded by calling for impeachment to end these clear abuses of power.

“This is not going to stop until the House impeaches the president,” he said. “It’s going throughout the administration. and this is a very small thing compared to what else is going on in this administration.”

Here’s the video via DailyMotion:

Secret Service is there to do one job and one job alone: protect the officials they are assigned to serve. They are not errand boys that Pompeo and his family get to have at their beck and call for any little chore. They are not personal servants. And it’s wrong that the American people have to pay these agents to do common errands that the Pompeos are clearly too lazy to do themselves.