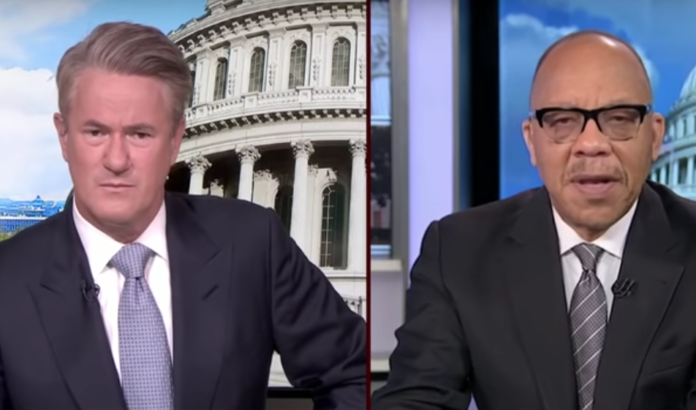 During an interview on Fox News Sunday, Trump dismissed McRaven as a shill for Hillary Clinton and criticized him for not bringing bin Laden to justice sooner in response to the decorated military officer’s criticism of his assault on the free press.

McRaven stood by his criticisms in a statement, and former and current military veterans swiftly came to his defense.

Trump’s attacks were totally out of line. But rather than condemn him for it, the GOP joined in on attacking McRaven on Twitter.

Worth noting after recent comments: Retired Adm. William McRaven was reportedly on Hillary Clinton’s short list for Vice President in 2016.

He’s been critical of President @realDonaldTrump— even dating back to the 2016 campaign.

Lots of names are on vice-presidential shortlists, but that doesn’t mean they are political figures.

Nevertheless, the GOP support of Trump’s attack on the retired admiral came as a shock, particularly since Republicans are always claiming to support the troops, including the commanders. It should also be pointed out that the GOP was in charge when 9/11 occurred in 2001 and dropped the ball when we had the best chance to capture bin Laden early on during the war in Afghanistan. Instead of pursuing bin Laden, he was allowed to slip into Pakistan as Republicans decided to start a second war in Iraq.

In fact, the GOP response was so shocking that Joe Scarborough and Eugene Robinson shamed them on Morning Joe.

Scarborough blasted the GOP for “lying about an American hero” and asked Robinson what has happened to the party that it would stoop so low as to slander a highly respected military officer with impeccable credentials like McRaven.

“You’d have to call it a Faustian bargain,” Robinson responded. “The party has sold its soul.”

He called upon Republicans to jump Trump’s sinking ship while they still have a chance because his attacks are getting more desperate and pathetic.

“The idea that the official account, that an official statement from the Republican Party would echo this slander, this libel against McRaven is just appalling,” he continued. “I cannot believe that people who have been Republicans all their lives could stand for this and don’t just rise up in revolt and say ‘this is not who we are.’ Apparently, it is who you are. Apparently, this is what you want.”

Trump’s behavior should horrify Republicans, but they have apparently decided to be more like Trump in the wake of midterm election defeat. Anyone who supports our military should be appalled and should mark November 3, 2020, in their calendars so they can do something about it when we have a chance to oust Trump and more of his GOP allies from office.