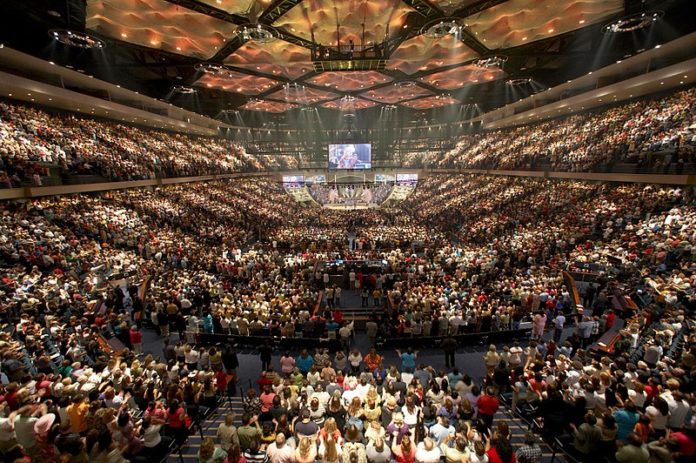 An evangelical pastor called out the “prosperity gospel” lie this week and backed up his argument with the Bible during an interview that every Christian should read.

Many evangelical leaders have taken to preaching “prosperity gospel” in order to become wealthy, promising their congregations that God will somehow make them rich or grant them good health because they gave their money to the church. In the end, parishioners who buy into the lie fund church leaders’ lavish lifestyles.

Pastors such as Kenneth Copeland, Joel Osteen and Creflo Dollar, among others, have even duped their followers into helping them purchase private jets for their own personal use.

Basically, these so-called evangelical “Christians” are abusing religion in order to get rich while their congregants don’t get the help from God they were promised would come.

Pastor Andrew Farley of the Texas-based Church Without Religion slammed “prosperity gospel” during an interview with The Christian Post.

“Over the last 20 years, I have seen grave misunderstandings among evangelical Christians about the love of God, the grace of God, God’s forgiveness, our identity in Christ,” Farley began. “Just seen so many misunderstandings where Scriptures have been taken out of context.”

One of the biggest lies, Farley continued, is the “prosperity gospel.”

“It’s plain and simple that health and wealth have been pursued by humanity at large for thousands of years and if you simply put a Jesus stamp on those aspirations and tell people that if they come to Jesus they can have guaranteed health and guaranteed wealth, well you’re always going to have a line out the door as people are looking at God as a divine slot machine where you pour in your quarters and pull down the handle of faith and out comes the blessings,” he said.

Farley even used the Bible itself to expose “prosperity gospel” as a fraud.

According to the New testament, that’s a pipe dream. The Apostle Paul had something called a “thorn in the flesh” that he asked God to take from him three times and God said His grace is sufficient for Paul. Timothy had frequent stomach ailments and Paul recommended some red wine for that. He didn’t tell Timothy to have more faith, he told him to take some red wine. So clearly, Christians are not guaranteed healing every single time just because they’re in Christ and likewise, Paul said that for those who look at the Gospel as a means to financial gain are of a depraved mind and that’s pretty strong language.

“Prosperity gospel” pastors are nothing more than frauds who enrich themselves off the backs of the hardworking congregants who are duped into thinking they can get rich too if only they would give money to the church. But that’s not how it works and it’s time for many evangelicals to wake up and realize that they are being played by pretenders who have a one-way ticket to hell when their time for ultimate judgment arrives.