The United States Blues
Home News Even Rick Santorum says Trump’s SOTU was the the ‘worst’ he’s ever... 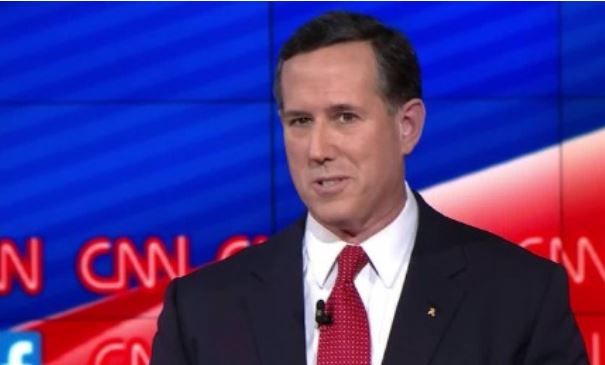 CNN political analyst Rick Santorum, who often fiercely defends President Donald Trump, did not think very highly of Trump’s State of the Union Address, and actually agreed that Stacey Abrams did a much better job delivering the Democratic response.

The difference between the two speeches could not have been clearer as Trump struggled to deliver the speech full of lies and distortions and hypocrisy laced with clumsy delivery that made it appear that even Trump had no idea where his speech was going next even though it was on a teleprompter.

Abrams, meanwhile, projected confidence and warmth while laying out a compassionate vision for America full of ideas that have been well-received.

During CNN’s post-SOTU coverage, former Michigan Governor Jennifer Granholm beamed over Abrams’ speech and took Trump to task for being a jumbled, low energy mess who repeated the same lies over and over again in a speech that fact-checkers are likely still poring over.

Shockingly, Santorum agreed with Granholm, pointing out that while he agreed with the policy stances in Trump’s SOTU he believes Trump seriously botched the presentation.

“I have to speak next, because I agree with Jennifer Granholm,” Santorum said to the surprise of everyone. “Stacey Abrams gave a great speech, she delivered it well. This was probably the worst-delivered speech I’ve heard Donald Trump give. He ran over his lines, he mixed up the language, he didn’t deliver his punchlines. He would deliver a line, and go to the next issue, and I don’t think he even realized he was moving on to the next issue. Someone didn’t do a good job of breaking his speech so he knew what to do. That was a problem.”

But even on policy, Santorum criticized Trump because he only made eight policy proposals in an hour and a half while Abrams proposed dozens in just a few minutes.

That’s definitely not a raving review from Santorum, and it’s disastrous for Trump, who really needed this speech to not be another embarrassing failure. Not being able to win over Santorum is a bad sign as we continue into Trump’s third year with another government shutdown on the horizon. Trump stumbled again and he did it in front of the nation just like he did when he took ownership of the shutdown during an Oval Office meeting with Democratic leaders in December. The main difference is that far more eyes were tuned in this time, and what they saw was not impressive or inspiring. They had to wait for Abrams for that.