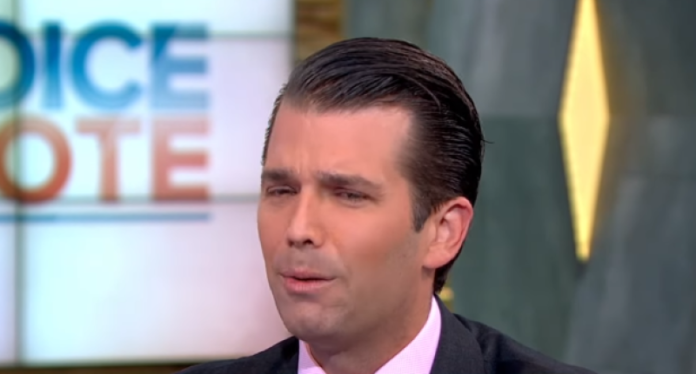 One of the biggest surprises from the investigation conducted by Special Counsel Robert Mueller has to be that Donald Trump Jr. — who met with Russian nationals at Trump Tower in June 2016 to obtain “dirt” on Hillary Clinton — was never indicted, even though he had multiple contacts with Russian officials in person and online.

But on MSBC’s “Deadline: White House” Wednesday afternoon, former CIA official Jeremy Bash explained that the reason Junior might have avoided seeing his name on federal indictment is because prosecutors thought he was too ignorant to have a full understanding of what he had done.

Bash, who served as chief of staff at both the CIA and the Pentagon, told host Nicolle Wallace what to expect when a redacted version of the Mueller report is released on Thursday by Attorney General William Barr:

And then Bash focused specifically on Don Jr., explaining why he thought Junior hadn’t been charged for meeting with Russians during the 2016 campaign:

Ouch! That’s gotta burn. Poor Traitor Tot was too darn stupid about how it all works to have intent to commit a crime. That’s like when a Southerner sees a blatantly ignorant person and remarks, “Bless their heart.”

Bless his little heart, Don Jr. wants to be a big mover and shaker in the business and political worlds, but he’s just too dense.